Momina Mustehsan was born on 5 September 1992 Quetta, Balochistan, Pakistan is a Pakistani singer, songwriter, musician, and a social activist. She is known as the best Pakistani singer. She is the most beautiful among the beautiful celebrities.

Momina Mustehsan is a well-known face of the Pakistani industry. She is known for her singing. She has worked with a lot of well-known singers in Pakistan, she has worked mostly in the coke studio. She has gained a lot of fame and popularity from her singing. Momina first learned how to play the violin and sang for the first time in public in her school.

Momina Mustehsan made her debut in coke studio in season 9 and sang a song “Afreen Afreen'' with the legendary singer of the Pakistani industry Rahat Fateh Ali Khan. With the release of this song, people became a fan of Momina Musteshan and started loving her and she became the popular singer of Pakistan in 2016. In the same season 2016, she again got the opportunity to sing with another famous singer of Pakistan Asim Azhar the song “Nawazishein''. Coke Studio proves very lucky for Momina Musteshan’s career.

In 2017, she again sings a song in Coke Studio "Muntazir" and "Ghoom Tana". After this in 2018, she sang the song "Koko Korina" with Pakistani singer Ahad Raza Mir which doesn't gain too much popularity from the people and the people hating both the singer not sing well this song. After this in 2019, she doesn't become a part of Coke Studio anymore.

In 2011, she released the song "Sajna" from Junoon 20. After this, she again releases her song "Pee Jaun" with another famous singer of Coke Studio "Farhan Saeed", the lyrics of this song were written by Momina Mustehsan. In 2014, she released her next song “Awari” of the movie “Ek Villain” the Bollywood Movie. In 2016, she made her debut in the song “Zindagi Kitni Haseen Hai”.

In Feb 2017, she was invited to sing the National Anthem in the Pakistan Super League of Islamabad United. In 2018, she got a chance to sing opposite with Indian Actor Arjun Kanungo, she sang a song 'Aya Na Tu' which became popular all over the world and she again gained too much fame and popularity. And in 2019, she collaborated with another famous Pakistani Singer Bilal Saeed and they both sang the song "Barri”, this song received a lot of appreciation from the audience and became famous. After this, she sings an OST of the popular drama “Alif”.

Momina Mustehsan is also known for her social work. She works for the orphanage girls for their education and she also does charity for various organizations. She has also talked about the depression that was rapidly running in the youngster. She impressed everyone by paying all her earnings in charity. She has done many social works for the youngsters for their education and their better life. 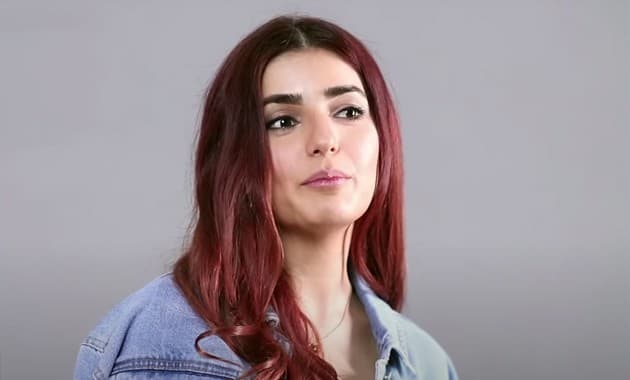 She belongs to a well-educated family. Her father is a retired Brigadier who has received Sitar e Imtiaz for his services in Pakistan Army. She has two brothers.

Momina Musteshan completes her A' levels from the Lahore Grammar School. After her schooling, she went to the University for her higher studies and she completed her Bachelor's in Biomedical Engineering and Applied Mathematics from Stony Brook University. During her educational period, she used to sing. It is through this that she realized that she wants to become a singer.

Momina Musteshan was a Pakistani singer. In September 2016 she got engaged to a banker in California, United States of America named Ali Naqvi. The ceremony was held secretly among their relatives and their friends. But unfortunately, due to some reasons, they did not stay for long. And she puts a tweet that everyone has their own to live their lives according to their rules. So, they are not allowed to talk about anyone’s personal lives.

Momina has attained huge respect and love in a very short time. She is considered one of the most popular celebrities of Pakistan. In 2017, she is honoured to be in the list of the 100 Influential Women by BBC. Momina is among the top superstars of brands and items in the nations. In December 2016, she became the ambassador of a cricket team, Islamabad United for the Pakistan Super League. She is additionally the brand minister of Coca Cola Sprite and for the hair brand of L’Oréal. In 2017, she spoke to Pakistan at the L’Oréal Pro Business discussion in Spain.