Sarah/Sara Khan is a very prominent Pakistani showbiz actress with superb acting skills. Sarah Ali Khan is one of the raising models and actors of Pakistan.  She has acted in various Pakistani drama serials and Pakistani TV Ads. She has attained popularity in such a short time. She has also displayed in some of the music videos as well. Sarah has commenced her career at the age of 20 from the debut drama Bari Aapa in 2012. Sarah has got admiration in the starting years of her career and she’s one of the top celebrities of Pakistan.

She was born on January 22, 1992, in Saudi Arabia. She is now 28 years old. She completed her graduation from the University of Karachi. Her family belongs to Karachi. She has two younger sisters and one brother. Sarah’s sisters are Noor Khan and Aisha Khan. Noor Khan is also an actress of the Showbiz. Sarah Khan is an attractive and good-looking Pakistani television actress who has shown in numerous Urdu-language television series on different TV channels. Currently, she is unmarried but committed with a famous actress Agha Ali and after the engagement, she faced some issues regarding her engagement with Agha Ali.

Sarah Khan started her acting debut as a supporting role with Samira Fazal’s written Urdu language Pakistani telenovela in 2012, Badi Aapa aired on Hum TV. The stars are Savera Nadeem, Noman Ejaz, and Ayesha Khan along with her. She played the role of the daughter of Bari Aapa who falls in love with a man Essa. Next, she showed in a serial Mirat Ul Uroos of the same name written by Umera Ahmed which was aired on Geo TV in the same year. She plays the featuring role of Humna with Aamina Sheikh, Mehwish Hayat, Mikaal Zulfiqar, Ahsan Khan, Samina Ahmad, and Ayesha Khan.

She acted as a supporting role in a much successful television series. Her acting career rose to prominent fame when she got the opportunity by Moomal Sheikh in 2015 in the romantic drama Alvida with Dil-e-Muztar, Sanam Jung, and Imran Abbas Naqvi. She played the lead role of an egocentric bounder. The drama broadcast on Hum TV and she also got a nomination for this act.  In the same year, she gave a superb performance in the mystery drama Mohabbat Aag Si and got an award. She played the role of a headstrong housewife, Saba as a supporting actress along with Iffat Omar and Azfar Rehman. In 2014, she appeared in a Pakistani soap series Bhool with Sanam Choudhary, Behroze Sabzwari, and Fazila Qazi. The drama got many awards and she has earned a nomination in the Hum award. The drama is based on some political intrigue.

Afterwards, she represented in many drama serials, such as in 2017 played in the most famous Pakistani anthology drama telefilm Kitni Girhain Baqi Hain which is based on the real situation of life. The played the role of Khushed in the Episode: Ghairat Mand.

In 2028, her adaptable role as a rival in the Sakina Samo directed Pakistani drama Mere Bewafa starred with Agha Ali and Zhalay Sarhadi. In the same year, she appeared in the Pakistani anthology thriller drama series Ustani Jee. Every serial is the solution to social and family issues. In this drama, Sarah Khan played as Zainab in episode 9 with Yasra Rizvi on Hum TV.

Her very latest drama is a Pakistani drama serial Mere Humdam which was aired on Hum TV in 2019. The drama stars are Syed Jibran, Sarah Khan, and Goher Mumtaz. 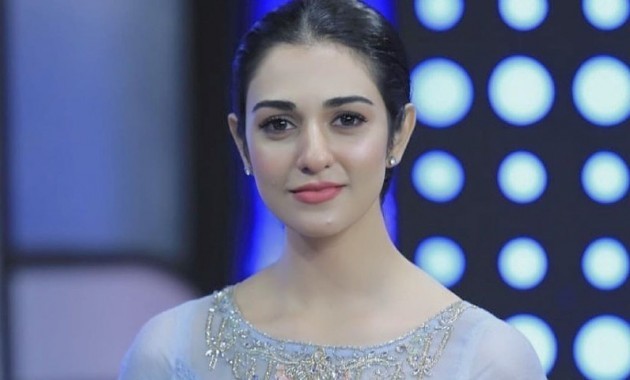 Agha Ali and Sarah Khan got engaged in 2017. Agha Ali for the first time talked about how this engagement took place when he and Sarah were invited as guests on a Morning Show. Agha Ali is known for being very uttered on Morning Shows, he also loves participating in these shows. Agha Ali said:

Sara is probably one of the best co-stars

I worked with her. When we worked together, everything was so smooth. We snap at once but it was my mother who really liked her and if it wasn’t for her maybe I wouldn’t have taken this relationship so seriously.” Agha Ali also said that:

He was very close to his mother and he cannot imagine getting married to someone his mother does not like. He also said that my mother started liking Sarah Khan when she saw her on talk shows. She liked the fact that Sarah wasn’t very talkative and always had a smile on her face. He also revealed that they were going to get married very soon.

Net Worth: Over 5 million

I never wanted to be an actor