The beautiful actress, model Saeeda Imtiaz is winning the hearts of the audience by her looks and her talent. She has worked with many brands and gained huge respect and fame and increased her fan following. She has done work for many TV commercials, which include Huawei, T27, voice mobiles, and others. She has also done work for many magazines which include Sunday Plus, She Magazine, and many others.

Saeeda Imtiaz As an Actress:

As an Actress, she has gained a less amount of love and appreciation from the audience and from across borders too. Soon she is going to be seen in Imran Khan's biopic Kaptaan: as Jemima Khan. Other than this, she has been seen in various Pakistani films like Wajood with Danish Taimoor and Javed Sheikh which got some good reviews from the people. People love her acting in the film and also love their chemistry. This was considered as one of the best projects of her acting career. Recently, she has signed a romantic comedy with Yasir Shah which is soon going to be released.

Saeeda Imtiaz As a Model:

Saeeda Imtiaz started her career as a model in the Pakistani Showbiz Industry. She has worked with a number of brands which includes Sania Maskatiya, Maria B, Chen One, Warda, Gul Ahmed, Zaheer Abbas, and others and she has worked in several shows. She has worked for many magazines which include Sunday Plus, She Magazine, and Diva Magazine. She has also appeared in various TV ads like Voice Mobile, Huawei, T27, and others. After gaining popularity and fame in the model she moves towards acting. 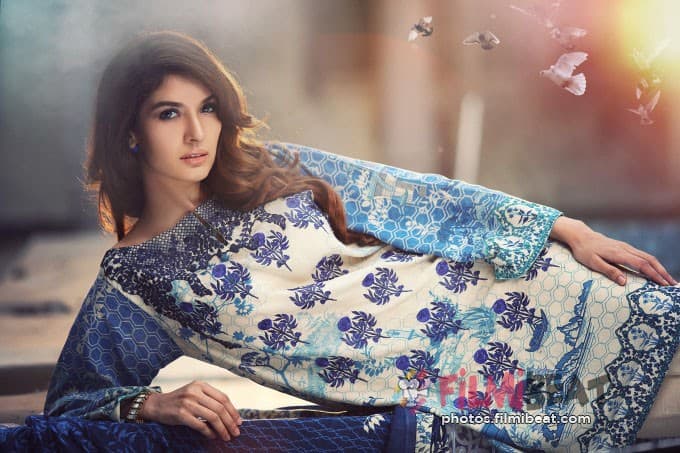 Saeeda Imtiaz As a Politician:

Saeeda Imtiaz soon announced the news of joining the Pakistan Peoples Party in 2018, by sharing this news on her Instagram account by uploading her pictures with Bilawal Bhutto. She shared that Benazir Bhutto encouraged her to join PPP and she also shared the reason she joined PPP was Bilawal Bhutto, his vision is so impressive and has another affection. Now she has been appointed as a Central Punjab Deputy Information Secretary.

Saeeda Imtiaz completes her schooling at Walt Whitman High School in Long Island, New York. After this, she went to Stony Brook University, New York, where she graduated in Psychology. After this, she moved to Karachi where she starts her professional career.

Shahroz Sabzwari and Saeeda Imtiaz are paired up for their new project:

Shahroz and Saeeda revealed that their film Qulfi is a full action film. Shahroz said that this is an action film and I'm working hard and training for the action at the gym which I'm going to do in this film. This film is directed by Saleem Daad. The cast includes Moammar Rana, Shamail Khan, Javed Sheikh, Sana Fakhar, and Hamid Ali Khan. The lead roles also announced that this film is going to be released on Eid 2020.

Saeeda Imtiaz will be a star in a romantic Comedy with Yasir shah:

Saeeda Imtiaz after her film Wujood has been seen in a romantic comedy with Yasir Shah. Kaptaan, a biopic on Imran Khan. Saeeda Imtiaz will be portraying the character of Jemima Khan in the film.

The pictures that Saeeda Imtiaz shared completely shows that she has been seen with an amazing actor Yasir Shah. Yasir Shah said that this will be a romantic comedy full of romance and has another factor of comedy. He further adds that we have one other actress in this film who is coming from the US. Yasir said that "Yasir and Saeeda are going to be the lead roles of this film".

The gorgeous Saeeda Imtiaz can easily achieve the hearts of the people through her remarkable performances and her fans love her a lot for her amazing acting skills.

After One Year, Fashion Week Was Organized in Pakistan
Related Posts