Ruskin Bond was born on 19th May 1934 in Kasauli, Punjab States Agency. He is an Indian author of British descent. He is well-known for his role in promoting literature in Indian children. he is best known for writing more than five hundred essays, short stories, and Novels. 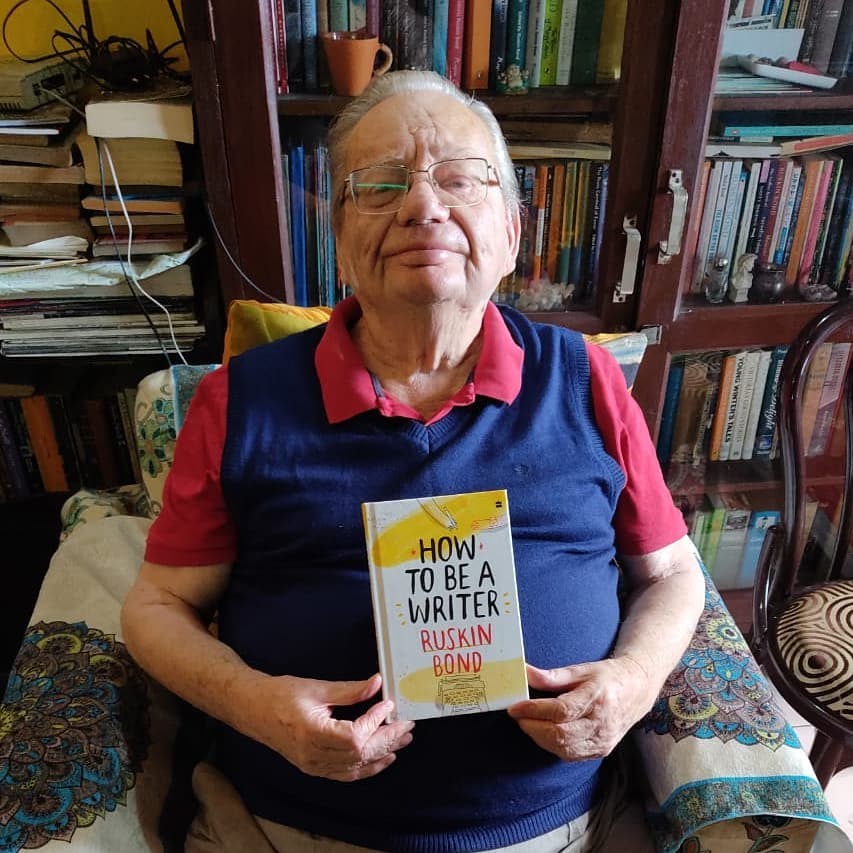 Ruskin Bond worked for a while in a photo Studio to find a publisher for his books and works. Once he starts earning, he goes back to India and settles in Dehradun.

He spends a few years earning living as a freelance writer, he writes Short Stories and poems for newspapers and magazines. In 1063, he started living in Mussoorie where he continues his writings further. By this time, he was famous as a writer, and his essays and articles were published in various magazines and newspapers which includes "The Pioneer", "The Leader", "The Tribune", and "The Telegraphy". He also edits a magazine for four years.

In 1980, one of his most popular novels, "The Blue Umbrella" was published. His increasing popularity as a writer caught everyone's attention towards his books. Few publishers approached Bond in 1980 and asked him to write few books. His two previous novels "The Room on the Roof" and its copy "Vagrants in the Valley" were published in one volume by Penguin India in 1933.

Over these years, several of his works include non-fiction writings. “The Best of Ruskin Bond” and the collection of his Short Stories “The Night Train at Deoli”, “Time Stops at Shamli" and "Our Trees Still Grow in Dehra" were published. Some of his popular title for supernatural genre includes “Ghost Stories from the Raj”, “A Seasons of Ghosts”, and “A Face in the Dark”.

Some of his works were adopted by the directors of television who use those works for films the Novel for children "The Blue Umbrella" in 2007. The movie got the National award for Best Children's film. The Hindi movie "7 Khoon Maaf” is based on Bond’s Short story “Susanna’s Seven Husbands”.

Ruskin Bond never married. He adopts a family in Mussoorie and lives with them. Ruskin Bond’s mother Laugh when he told her about his ambition:

The famous author when told her mother about his ambition that he wants to become a writer his mother laughed at him. She said that by his handwriting he should be a clerk only. Bond has an interest in writings and English Literature.

Bond can't buy afford books but thanks to the Lending Library that he could study well. he finally tells his parents that he wants to be a writer. After that, he started writing and his writing is accepted and he becomes a famous writer, author, and poet of the nation.

Ruskin Bond achieves the Sahitya Academy Award in 1992 for "Our Trees Still Grow in Dehran”. In 1999, he was awarded the Padma Shri and Padma Bhushan in 2014.

Private schools are directed to reduce fees by 20%

Food street in Karachi where people come for dinner all night