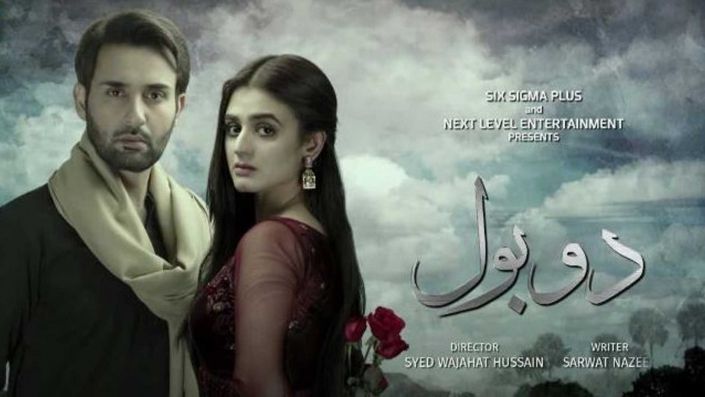 The Drama serial Do Bol is the 2019 romantic drama series.

The writer of Drama Do Bol

The drama serial 'Do Bol' is written by Sarwat Nazir

Director and producer of Drama Do Bol

The Drama has directed by Syed Wajahat Hussain and Produced by Humayun Saeed and Shazad naseeb under their banner Six Sigma Plus in association with Next Level Entertainment.
The main cast of Drama Do Bol
Affan Waheed as (Badar uz zaman)
Haroon Shahid as (Sameer)
Hira Salman as (Geeti Ara)

OST Singer of Drama Do Bol

OST of Drama serial 'DO bol' has sung by Nabeel Shaukat Ali and Aima Baig. This OST crossed about 56 million-plus views on Youtube.

The storyline of Drama Do Bol

The Story of this drama serial is about two persons from the different families who became fatalities of their statuses and decided to spend their whole lives with each other. Geeti (Hira Mani) is a gorgeous girl, and she is so loving and caring and loved by every person around her. She belongs to a wealthy family, while Badar (Affan Waheed) is an ordinary, middle-class guy. Badar loves geeti, but he never told her. The twist in the Drama is the forced marriage of Badar and Geeti which geeti never admit.

The Drama serial Anaa is the romantic drama series of 2019.

The writer of Drama Anaa

Director and producer of Drama Anaa

The Drama has directed by Shahzad Kashmiri and produced by Momina Duraid under their banner MD productions.

The Main cast of Drama Anaa

Sahir Ali Bagga and Hania Amir sing the OST of this Drama.

The storyline of Drama Anaa

Anaa is a story of love, respect, and selfness with a lot of twists. This Drama story revolves around two Nawab families. Shahzad Sheikh (Areesh) and Hania amir (Daneen) fall in love with each other but have to face up to their family rules to get together.

The writer of Drama Alif

Umaira Ahmed writes the Drama serial based on her novel with the same Thora Sa Haq as Drama' Alif'.

Director and producer of Drama Alif

The Drama is Directed by Haseeb Hassan and Produced by Sana Nawaz and Samina Humayun Saeed under their production house Epic Entertainment.

The main cast of Drama Alif

Shuja Haider and Momina Mustehsan sing the OST of this Great Drama, and it crossed about 2.3 million-plus views on Youtube.

The storyline of Drama Alif

Alif's Story based on the letters of Husn-e-Jahan, the actress and the dancer who lost her love. She writes to her husband but never posts these letters. These roles played by the believer's mother, Kubra Khan. Where Sjjal Ali as Momina Sultan, is getting a victory at the people hearts. She seems to be a very struggling soap actress who is need of money to get the treatment of her's brother kidney transplant. Hamza Ali Abbasi is leading the role of a very rude film director. Pehlaj Hassan is leading the role of the childhood of Qalb-e-momin where he wants to meet his father, and for this reason, he writes to Allah to bring his father back. 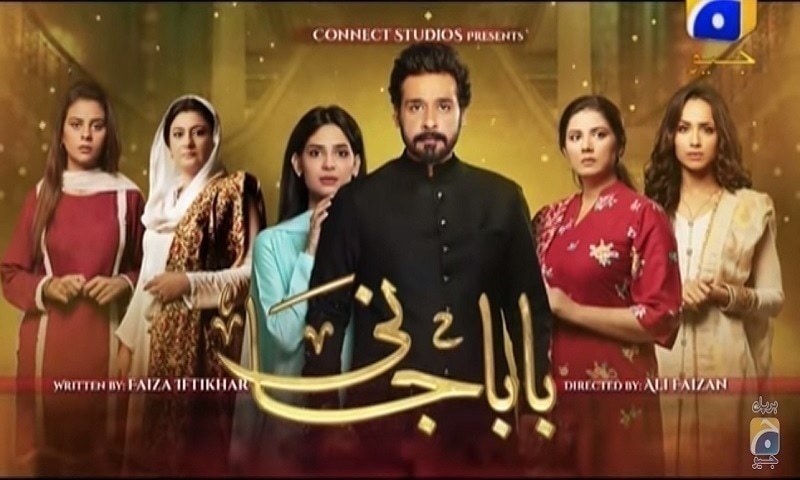 The writer of Drama Baba Jani

This Drama is Directed by Ali Faizan and produced by Faysal Qureshi.

The storyline of Drama Baba Jani

The Story of the Drama is on a middle-aged man who is responsible for managing all the expenses, ups and downs of his family and the character is played by the actor Faysal Qureshi. As a brother, he has taken care of his manipulative and evil sisters all his life, and he wants to get married now. Faysal Qureshi married a widow a role leading by Sawera Nadeem, she has one daughter, and Madiha imam is playing that character as Nimra. 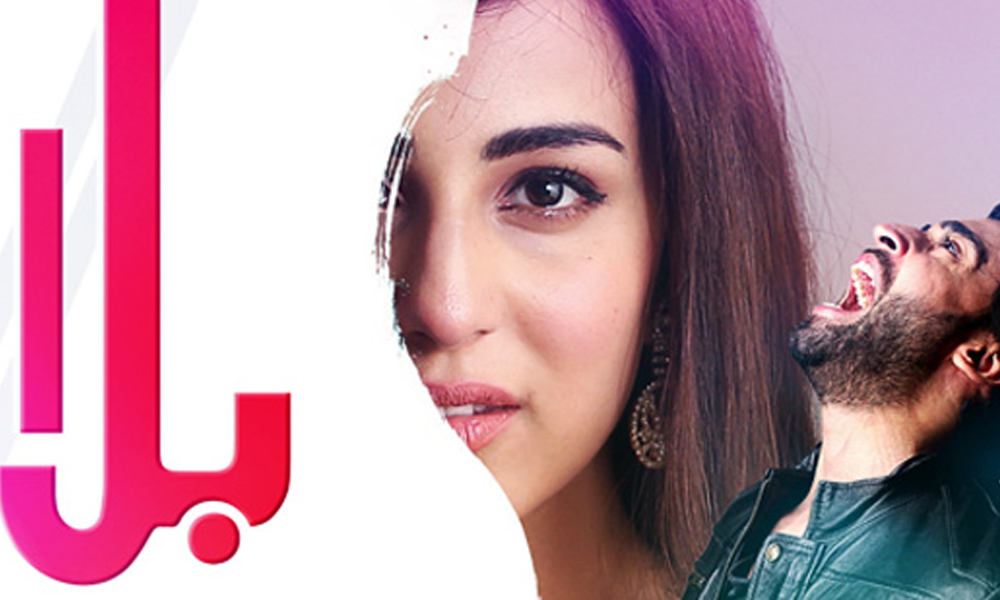 The writer of Drama Balaa

Director and producer of Drama Balaa

The main cast of Drama Balaa

The storyline of Drama Balaa

The Story based on a limping girl who finishes every relation around her even her brother's relationship to just gain prosperity. In this Drama, two families have shown. Both are opposite to each other. The Story of the Drama is on the NIgaar's behaviour, her personality and short lessness of her actual disability than others' reactions to it. She wants to marry Bilal khan (Taimoor), but he is in love with Azekah Daniel (Saba). But the conspiracies of Nigaar's and her father Taimoor married to Nigaar. Still, Taimoor was never happy with this marriage and want to marry Saba, later he married to Saba, and she became a second wife of Taimoor. 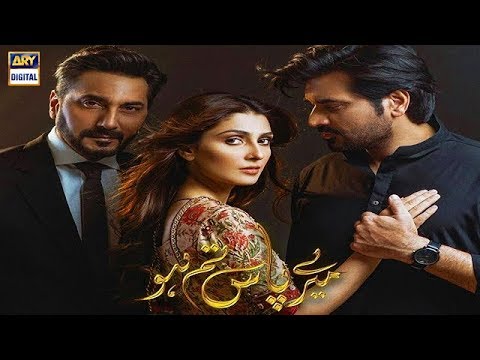 The OST 'Mere Pas Tum HO' is sung by Rahat Fateh Ali and it crossed about 15million plus views on Youtube.

In this Drama, the couple of Humayun Saeed as Danish and Ayeza Khan as Mehwish and their five years old kid that not go to school yet has been shown, because of Less salary. Danish does the Government job with a salary that is not enough for them, and Mehwish is not very happy with it. Danish loves her wife so much, but she doesn't want to live like that. The day they invited for her best friend's brother's wedding where she met Adnan Siddiqui as Shehwaar Ahmad, a wealthy businessman, he is already married to Sawera Nadeem as Maham Saeed, she lives in the US. Still, Mehwish wants to marry him because of his money and soon she takes divorce with his husband and settles with Shehwaar Ahmad. After some time Danish gets rich and buys a new car and his own House where Shehwaar Ahmad's wife gets the news that he is marrying Mehwish, she arrives from the US and arrests him. After this, she came to Mehwish's room where she was getting ready for her nikkah with Shehwar Ahmad. Maham came and slapped her on the face.

Rahma Ali Muqaddran and Sania sing the OST of Ranjha Ranjha Kardi, which crossed 2million plus views on youtube.

This Drama is the most iconic in Pakistan Television history. The Story of this revolves around a beautiful and idealistic girl Noori, played by the lovely Momina Ayla, while her adult character plays the magnificent Iqrra Aziz. Noori is from a low-income family, whose parents live on the streets, which makes her unhappy with the environment. She wants to live a better, happier, and respectable life and moves to the city, where Syed Jibran (Sahir) and Imran Ashraf (Bhola) met her. After spending some time with Sahir she falls in love with him and wants to marry him, but Sahir is not much serious about Noori, because he is a greedy man and sometimes he stoles things from the store where he works. Where Bhola was an innocent and not a normal person he acts like a kid when he saw Noori first time Bhola likes her so much, and they became friends Bhola always says his mother Asma Abbas as Fehmida that he wants to marry her, his mother loves him so much. Noori where works she doesn't know that this is Bhola's house and the Lady which she works for is Bhola's mother, his mother convince her to marry his son and Noori accept this, but she was not aware to the boy she is going to marrying is Bhola.

The Drama is Directed by Farooq Rind and Produced by Momina Duraid and Moomal Shunaid under their banner MD production and Moomal Entertainment.

The OST is sung by and composed by Naveed Nashad, with 4.5 million Plus Views on Youtube.

Ishq Zahe Naseeb is one of the rare drama stories that have highlighted the psychological breakdown. In this Drama, they showed the split personalities disorder, which Zahid Ahmed plays the character. The Story has presented as two separate stories. The first is about a poor but happy and bubbly girl named Gohar, who loves a boy named Kashif. Kashif is also serious about this, and the two want to get married. However, one day Gohar's brother spotted him after Gohar faced severe problems.
Meanwhile, Sameer is a handsome young businessman whose mother abandoned him in childhood, and his father has died. Then he was raised by his stepmother. When he was a child, he had the traumatic experiences that develop a psychological split personality disorder which affecting a divisive figure, who has kept a secret between Sameer and his stepmother. 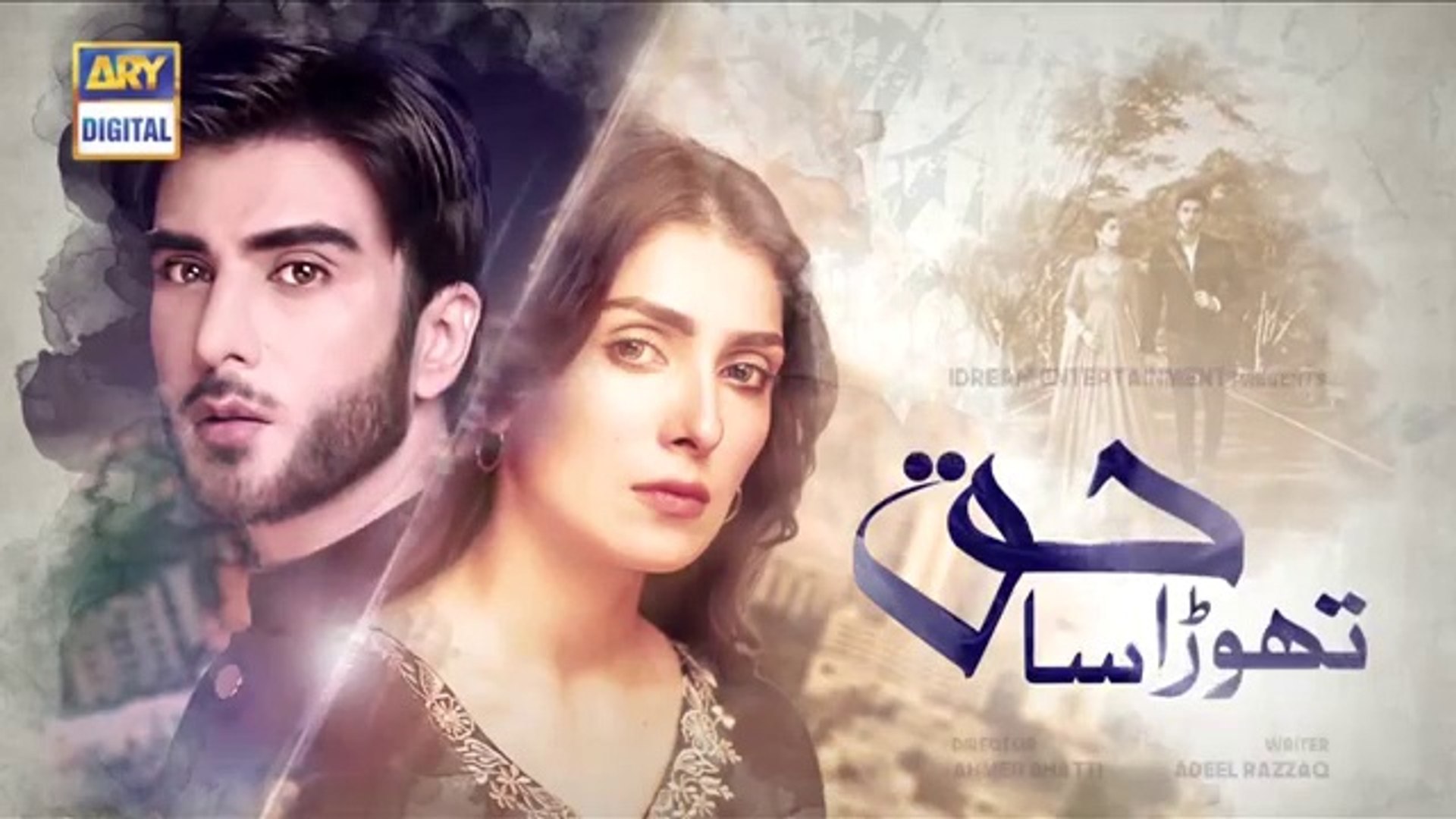 This Drama directed by Ahmad Bhatti and produced by idreams Entertainment

Shafaqat Amanat Ali sings the OST of this Drama.

The Story of this Drama is about Marital matters, and Imran Abbas and Aiza Khan are the main reasons. Imran Abbas is playing the role of Samine, while Aiza is playing the role of Sehar. Imran Abbas is in a marital relationship with Ayeza, but he is involved in another woman and thinks of Ayeza Khan without breaking her heart. The Drama highlights the Story of lovebirds, Imran Abbas and Ayaz Khan, whose fate was unfortunate. In the Drama, Imran was about to play the main character had to associate with Mashal Khan under challenging situations. This Drama directed by Ahmed Bhatti and Produced by Abdullah Seja under their banner Idreams Entertainment.

Adnan Dhool and Rabia Ahmad sing the OST of this drama.

The Drama based on the concepts and customs of the dowry system and marital exploitation in Pakistani society, and one of the highest rating drama series in Pakistan. Ahmed is a very self-fish and spoiled person who doesn’t want to work and not much interested in earn money for the family, and His mother Musarrat is also a very self-fish woman and the paternal aunt of Marium. Marium is a sweet and innocent girl, she thinks, she is fortunate to have a proposal of her cousin, but she being emotionally blackmail by Ahmed’s family after her unluckiest marriage and doesn't tell the truth to her parents. Ahmed is a very insecure man and an abusive husband. He continually monitors Marium and hits her repeatedly. He is not interested in working and earn money for the family.

The Gas Pipeline was Severely Damaged

How to Cook Halloumi?