Another historical drama produced by Muhammad Bozdagh, the creator of the most popular dramas such as Derelish Ertugrul and Kurulus: Osman, began to air. The drama about the life of Jalaluddin Khawarzm, Mandriman Jalaluddin, is a joint production of Uzbekistan and Turkey, which started on February 14 in Uzbekistan. The producer of the play is Mohammad Bozdagh whose name is not new to Pakistanis and that is why people are very excited about this new play.

The play depicts Jalaluddin's life and his long struggle against Genghis Khan and the Mongol invaders. Syeda Mirziyoyeva, the deputy chairperson of the Public Foundation for Support and Development of Mass Media in Uzbekistan, said at the premiere of the play in her country: And most importantly, it will help people learn about the region's history.

Muhammad Bozdag announced the production of the play in October 2020 and said on the occasion that "it will have a tremendous impact on the world."

Jalaluddin is played by Emre Kivilcim, a very popular Turkish actor. Jalaluddin Khawarzm was the ruler of the Shah Khawarzmi Empire, who fought for a long time against the atrocities of Genghis Khan. They tried to form a united front against the Mongols, putting aside the differences between the Seljuk and Khwarizmi dynasties but failed. 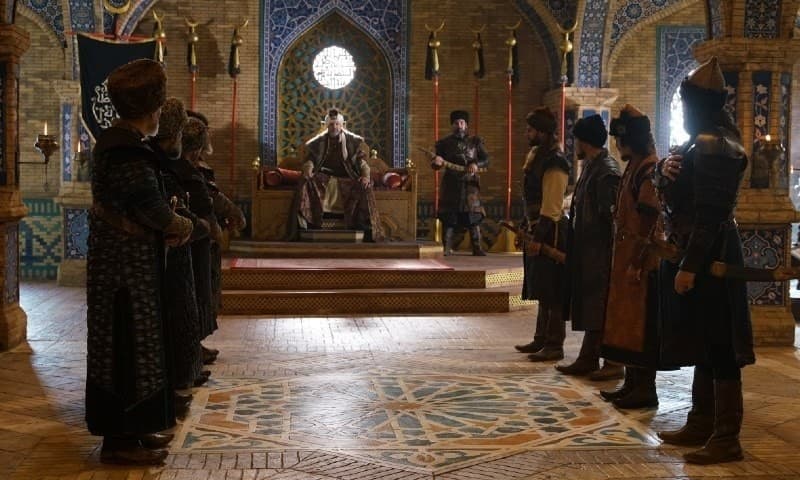 In October, Bozdag said he had started the project two years ago at the request of the Uzbek government and had so far shot 13 episodes. He said that a play on the life of Jalaluddin Khwarazm Shah was being demanded by the fans.

Muhammad Bozdagh has previously produced the play Younis Emre, in addition to Ertugrul and Kurulus: Osman.