Actress Syra Yousaf and Sheheryar Munawar are being praised after a video of a scene from the recently aired 19th episode of the mega-cast military drama 'Sinf-e-Aahan' went viral. 'Sinf-e-Aahan' has been aired on ARY Digital since last year and so far more than one and a half dozen episodes have been aired. Recently, its 19th episode was aired, after a clip of one of its scenes went viral, the actors of the play are being praised. The viral clip of the drama shows Syra Yousaf blocking her ex-boyfriend and asking him for a mobile phone.

The scene shows Syra Yousaf ending her relationship with her boyfriend after the picture went viral after he joined the army and asks him for a mobile phone so that he can delete all his pictures in it. In the scene, Syra Yousaf is heard telling her boyfriend that her importance has changed after joining the army and wearing a uniform and she is no longer as insignificant as before. The scene shows Syra Yousaf's boyfriend talking to her in an inappropriate tone about her behavior, reminding her that wearing a military uniform has not changed her importance and that she is the same for him. But after the boyfriends refuse to give them the mobile, they get up and leave. 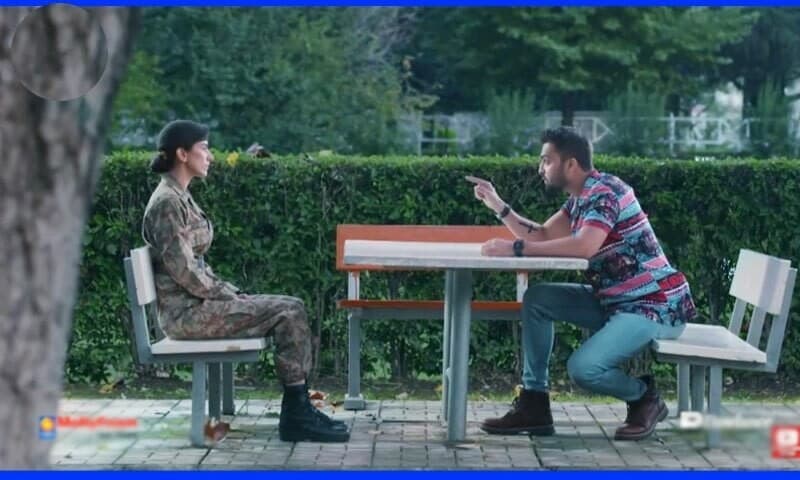 According to the viral scene, after her boyfriend did not give her a mobile phone, Sheheryar Munawar, who is playing the role of captain in the drama, suddenly comes there.

In the drama scene, the actors are being praised for their boyfriend's blackmailing, his inappropriate behavior, Syra Yousaf changing her importance after wearing a military uniform, and Sheheryar Munawar for showing domineering and responsible style. ۔

Numerous social media users shared photos of Syra Yousaf and Sheheryar Munawar, praising their performances, and wrote that such scenes and content need to be shown on Pakistani TV.

If you are suffering from Parental issues, BF issues, Ego issues, Marriage issues and want to fix them. Join PMA! #SinfeAahan pic.twitter.com/mXmROisat0

While people appreciated Sheheryar Munawar's performance, some people also expressed regret over the condition of Nowruz, the character of Syra Yousaf's boyfriend.

Honda Has Developed a Corona Virus-killing 'Mask' for Vehicles