The Turkish drama "Dirilis Ertugrul", based on Islamic conquests, gained popularity even before it aired in Pakistan.
However, the drama's popularity reached new heights when it was translated into Urdu and aired on Pakistan Television (PTV).

After translating 'Dirilis Ertugrul' into Urdu on PTV, it is being aired under the name 'Ertugrul Ghazi' from the first of Ramadan i.e. April 25 and by May 14, 20 episodes of this drama had been aired. 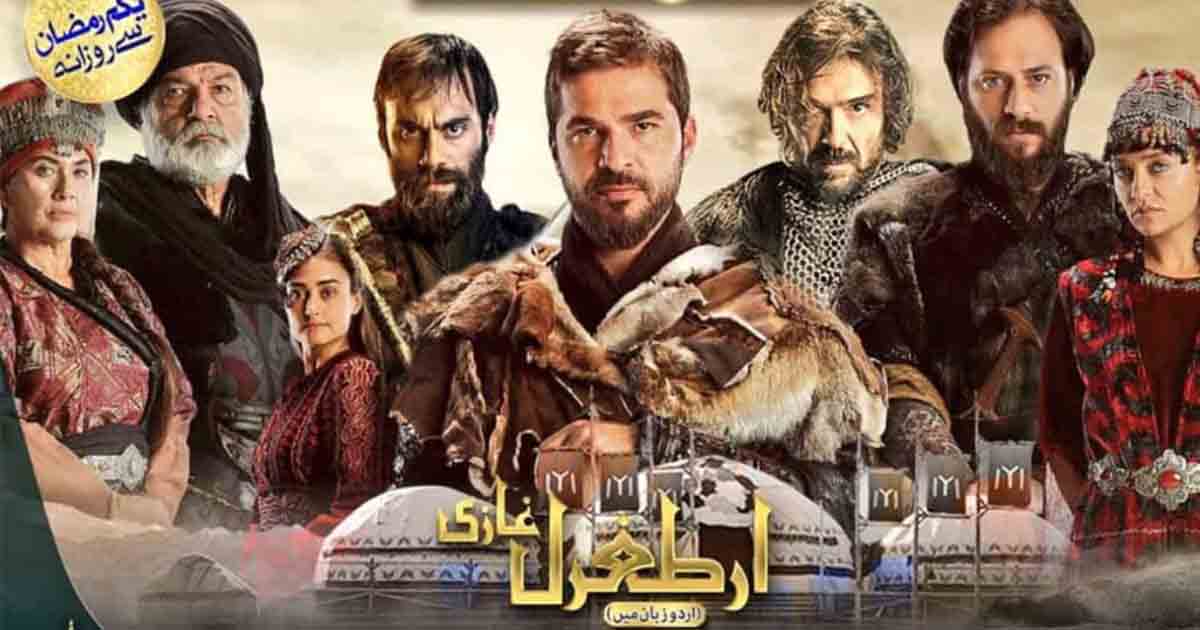 "Ertugrul Ghazi" is aired in primetime on PTV and every episode of the drama airs likes on social media for the characters and story of the drama.

During the last 20 episodes, there were several trends on Twitter regarding the popularity of 'Ertugrul Ghazi'.
While the bold pictures of the actors appearing in full Islamic attire in the same drama went viral on social media, some Pakistani fans were also heartbroken.
But despite this, the popularity of the play has not diminished.

Although 'Ertugrul Ghazi' had won the hearts of Pakistanis as soon as the first episode aired in Urdu
However, in less than the first three weeks in Pakistan, the play won the award that the most popular drama in Pakistani history, 'Mere Paas Tum Ho', had won in eight months.

It means, it's been almost 9 months since uploaded the first episode 'Mere Paas Tum Ho'.

"Mere Paas Tum Ho" had the distinction of being Pakistan's most popular drama and set a new record for popularity.
And the story and characters of the play were talked about on social media until the end of the play in January 2020.

The play, written by playwright Khalil-ur-Rehman Qamar, was directed by Nadeem Baig and aired on private TV channel ARY Digital.

However, now the Turkish drama "Ertugrul Ghazi" based on Islamic conquests has gained a new status on YouTube, surpassing 'Mere Paas Tum Ho' in popularity.

Less than three weeks after the first episode of "Ertugrul Ghazi" was uploaded to YouTube, however, it was viewed more than 22.2 million times on YouTube.
While Mere Paas Tum Ho was viewed 27.9 million times in about 9 months.

In this regard, while 'Ertugrul Ghazi' surpassed 'Mere Paas Tum Ho' in popularity, it also set a new record in Pakistan on YouTube.

Not only that, but the first 20 episodes of 'Ertugrul Ghazi' were viewed a total of about 150 million times on YouTube by 10 pm on May 14.