The cast of Drama Ishaqya:

After a very sad ending of Mere Pass Tum Ho on Ary Digital, A new triangle love story started with the name of Ishqiya on every Monday at 8:00 p.m, cast by our very beloved one Feroz Khan, Hania Amir and Ramsha Khan. The story started with loving birds as Hamna and Hamza in university, while on the other hand, Hamnas’s father scared her related to fake love nowadays. Romaisa (Hania Amir) plays a leading role with Hamna as her sister, an open actor with a free mind in this drama serial as a lump of this triangle love story in Ishqiya. 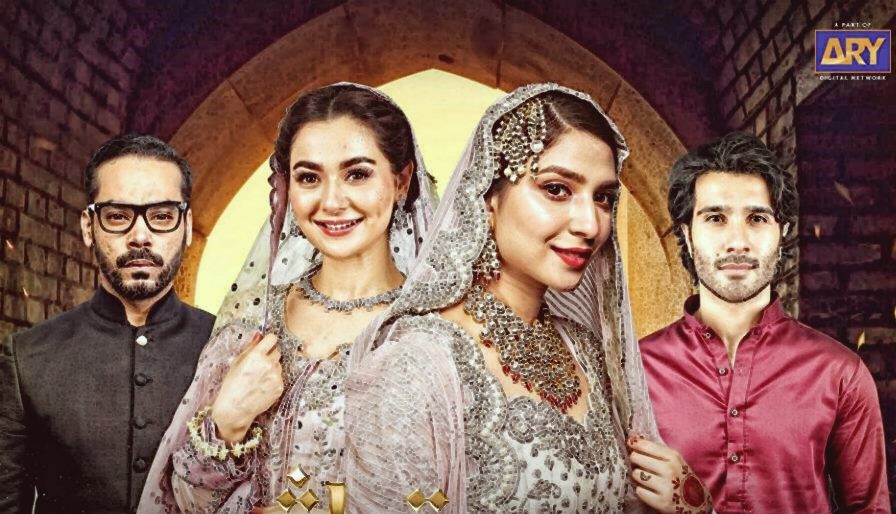 Hamza blindly fell in love with Hamna but on another side, Hamna feels fearful about her love story, even she afraid to tell her sister Romaisa about her affair. Twist of this story was not exciting in the start like other typical stories, but every viewer waited for something new in this drama. The first episode reveals its most of sensation related to this story as Hamza suspended from university because he’s very possessive related to Hamna and fight with Hamna’s class fellow in university for her.

Azeem (Gohar Rasheed) son of Hamna’s father’s friend put a proposal for Hamna and Hamna’s father due to his illness wants to marry her daughters early.  A typical traditional father scared to tell his daughters about his sickness but Romaisa heard her parents talk and worried about them. In all this scenario, Hamna worried about her affair and afraid to tell about this to her family. While on the other side, Hamza eagerly waiting for Hamna’s response but she’s jumbled in her family.

As we all know about our adorable and brilliant actor Hania Amir played an invigorating role in this drama serial with prominent lines. Everybody tried to guess next spoiler of this drama serial but a tangled tale of this storyline create suspense for most of the viewers, that what will happen next and is she much confident to tell her family about her affair and Romaisa totally worried about her father’s illness and other side Azeem done to marry with Hamna, brings happiness in her family but Hamna still worried that how she convinced her family and called Hamza, tried to tell him that she getting marring to  Azeem.  This storyline jungled with traditional family drama serial with all characters played their role. Hamna’s father played his perfectly fine role as a father, who disturbed about his illness and tried to marry her daughters as soon as possible so, he can get free from his responsibilities towards his family. But the thrill is still here that Hamna never tried to tell anybody about her relationship.

Next teasers of this drama serial seem like another quite a suspense for Hamna and Hamza, that what will happen next? Is she tell about Hamza or Hamza take any step for her, everybody waiting for it. So, Stay tuned for the next episode. Let's see what will happen.

A Plane Was Stuck in High Voltage Wires During a Flight

One more Actress Added in the cast of ‘Kahe Dil Jidhar’