Dil Ruba is a 2020 Pakistani television series aired on 28 March 2020 on Hum TV. This drama serial is directed by Ali Hasan, and written by Qaisra Hayat, and produced by Momina Duraid under MD Productions. The main cast of this serial is Hani Amir as Sanam, who is popular on a video-sharing social platform. The other cast of this serial is Shehroz Sabzwari, Syed Jibran, Mohib Mirza, Asad Siddiqui Ghana Ali, and Marina Khan in supporting roles.

Proponent Sanam (Hania Aamir) is a normal teenager with all normal social media stuff. Hania plays the role of a girl who is a Tiktoker and her beauty enchants all the men she meets. Sanam talks to five boys on the phone and has everyone dancing to her tune which she uses as a means for getting benefits from men. It is shown that her father, bother and elder sister trust her and support her all the time despite her mother’s strict attitude, she always finds a way to celebrate and enjoy life. She is fully aware of her good looks and that of her influence on the opposite gender. She tries to cash her influence all the time.

The first episode of the serial garnered 7.8 TRP and 7 million views on YouTube, showing its hold in Pakistani households. Hania Amir's portrayal of Sanam was praised by critics. It was also praised for its topic and its close to the real portrayal of the life of teenage girls in the 21st century.

Hania Aamir cheats Five Boys at the same type she plays the type of playgirl, who keeps happy her boyfriends and enjoys gifts from them but she doesn't marry with them lolz. Sanam’s list of lovers seems never-ending, where ever she goes she leaves her mark, be it the cameraman in the Mehndi function who has gone gaga over her looks or the shopkeeper boy who is a keen follower of her on TikTok app. All seem to lose their heart to her but Sanam does not care for anyone, for her its just a sport, a time pass, looking good and playing with hearts and taking advantage of it. The drama seems a satire on our young generation whose favorite sport is flirting on social media. They often seem insensitive and do not realize how badly this flirting can hurt anyone. As it says flirting is like playing with fire and it does have disastrous consequences. 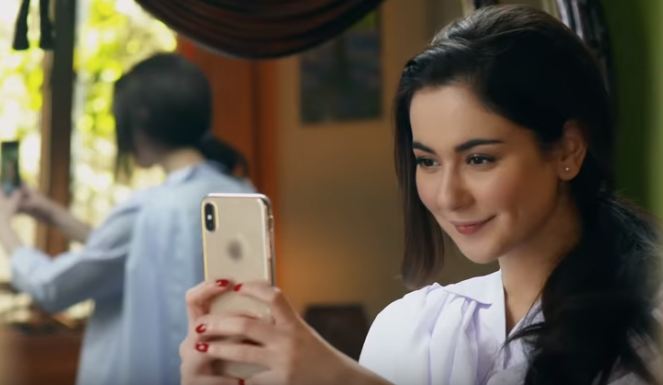 Besides this social media life, Sanam’s family has relatives who are not having good terms with her family. Sanam’s Phupho and his eldest stepson who is shown as an aged guy with average looks was rejected by Sanam’s mother for her sister because of the age difference and also the guy goes through another rejection by a family just because he is average looking. Well, it is showing the reality of our society which has become so superficial that people only go after looks and money, other qualities are secondary. Sanam’s path across his cousin, who seems to like Sanam but because of his looks and age, he is reluctant to express his likeness for her to his mother, but he suggests Sanam as a perfect match for her brother which her mother refuses.

All seem to lose their heart to her but Sanam does not care for anyone, for her, it’s just a sport, a time pass, playing with hearts, and taking advantage of it. Sanam is making sure that they fall into her trap. Sanam does not shy out in expressing her fake love and sugar-coated lines in front of all the boys. She very cleverly gets away with excuses when her mother questions her and her stupid sister always supports her.

The character of Sanam in this serial is very sharp as she removed all issues between her phuppo and her family, and now she is all excited about Razi’s wedding. Sanam is very cunningly cashing poor Subhi who does not deserve to be treated like this way. She very conveniently shops for 35k rupees at Subhi’s expense and in return she is generously pretense her love for him, without even realizing that she is playing with his feelings and heart, she is so mean and heartless. Well, Sanam’s sister should need to take a bold step for her sister’s betterment.

But as this serial going so far, Sabhi found that she is just flirt with him and not want to marry him. On the other hand, Sabhi's brother's marriage got cancel due to the family's respect from the bridal side and on the spot of Barat, the whole family decides to marry him with Sanam. Sanam firstly shocked and after that, she’s ready to marry him. Both got married and now the main twist of this drama serial starts. As Sabhi left his family and went back to London on the wedding night and the next day at reception Ayaz as a photographer came to known about her marriage and Sanam also shocked to see him in her reception. On the next day, Junaid’s mother came to Sanam home for his son's marriage with Sanam but she listens about her wedding. His mother was also shocked that how she could tell her son about it as Junaid is madly fell in love with her.

Sanam’s deliberate attempts of playing with hearts, she is sparing no boy in her list. She is busy cashing out all the boys as much as she can who are claiming that they have fallen for her. Sanam is making sure that they fall into her trap. Sanam does not shy out in expressing her fake love and sugar-coated lines in front of all the boys. She very cleverly gets away with excuses when her mother questions her and her stupid sister always supports her.

Let's see what will happen next… Stay tuned with this serial on HUM TV.