Adnan Siddiqui and Humayun Saeed were instrumental in getting the Turkish delegation to meet the high-level delegation of the Government of Pakistan and during the meetings Prime Minister Imran Khan was informed that the two countries had reached an agreement on a joint agreement.

The Prime Minister also expressed happiness over the agreement reached between the two countries on a joint project of Turk Lala and assured them of government support. However, it was not clear at the time whether there was an agreement between Pakistan and Turkey to produce a joint drama at the government level or at the private level. But now more details have come to light. The joint venture agreement was signed in November 2020 under the banner of Takdan Films and Ansari Films. In this regard, Adnan Siddiqui and Humayun Saeed in an interview with Dawn Icon gave more details to Maliha Rehman about the agreement reached between the two countries. Humayun Saeed said that an agreement has been reached between the two countries to produce a historical drama called 'Turk Lala' on a private level between Turkey's Takdan Films and Pakistan's Ansari Films.

The actor further said that for better and timely fulfillment of the joint agreement between the two countries, he sought the assistance of the Government of Pakistan in issuing visas on time during the shooting and in allowing shooting in the required locations. During his visit to Pakistan in January 2021, the Turkish delegation also briefed Prime Minister Imran Khan about Turkish Lala. 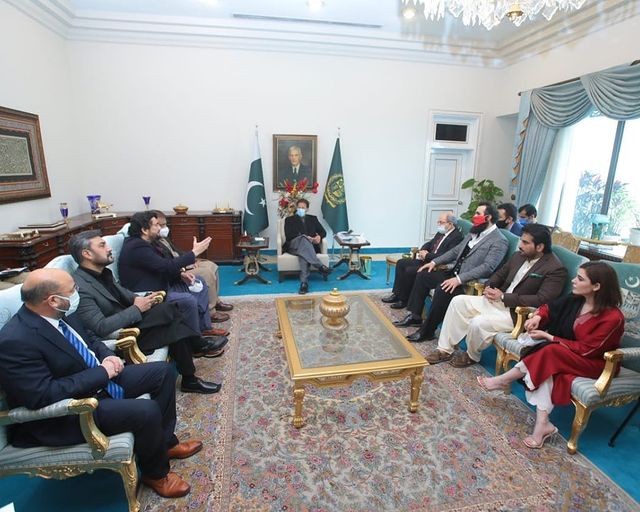 He hoped that the government would play its role in this regard and help in the timely completion of mega budgets and big projects like 'Turk Lala'. Humayun Saeed told Dawn Icon about 'Turk Lala' that work is underway to write the story and create the characters, but auditions for the cast of the drama will begin soon.

Who Play the Role of Turk Lala in Drama?

In response to a question, Humayun Saeed and Adnan Siddiqui said that they still do not know who will play the lead role of "Turk Lala" in the drama. However, they will both be part of the drama. He said that the main character of the drama will be decided after the completion of the script and the completion of the characters. He did not say who is writing the story of 'Turk Lala' and whether the story of the drama is being written jointly by the writers of the two countries.

At the same time, he did not confirm whether 'Turk Lala' would be made in Urdu or in Turkish or in both languages ​​at the same time. The Pakistani delegation of the Turkish delegation was arranged by Humayun Saeed and Adnan Siddiqui. However, Humayun Saeed expressed hope that he believed that the government of Pakistan would also broadcast dramas like 'Turk Lala' on PTV like 'Ertugrul Ghazi', as PTV would run all over the country without cable. Humayun Saeed and Adnan Siddiqui said that initially three seasons of 'Turk Lala' will be made and each season will include 30 episodes. Humayun Saeed hopes that the first season of "Turkish Lala" will be released by 2023 on the occasion of the 100th anniversary of democracy in Turkey. According to both the actors, 'Turk Lala' can be shot in other countries including Pakistan and Turkey.

Who was 'Turk Lala'?

It is too early to say who will play the role of Turk Lala. Turk Lala was a militant from Peshawar, the capital of the subcontinent and the recent province of Khyber Pakhtunkhwa (KP) in Pakistan.

The real name of 'Turk Lala' was Abdul Rehman Peshawari and his ancestors migrated from Kashmir to British India and moved to Peshawar. Abdul Rehman Peshawari, also known as Turk Lala, had gone to Aligarh Muslim University for higher studies before the outbreak of World War I, but during his studies, wars broke out between the then Ottoman Empire and European countries.

Now, under an agreement between private production houses in Pakistan and Turkey, a drama will be made on the life of 'Turk Lala' and his war efforts and its first season are likely to be released by 2023.

Will Indian films be made by the name of Deadly Corona and Corona Pyar Hai?