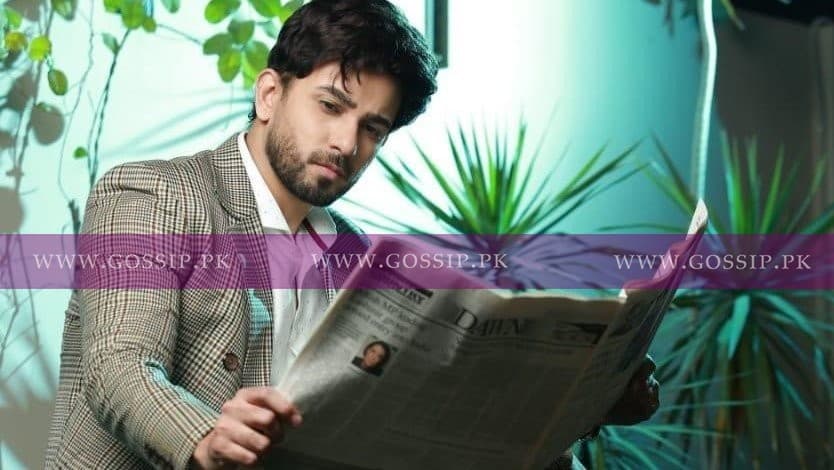 Coming Soon only on GEO TV

Kaasa e Dil is producing under the banner of 7th Sky Entertainment. The drama is going to be aired soon on Geo Entertainment. This drama serial is produced by Abdullah Kadwani and Asad Qureshi, written by Jehanzib Qamar and directed by Zeeshan Ahmed.

Kaasa e Dil is an exciting story that revolves around romance and relationships and side misunderstandings that cause different issues. It's supported love, sacrifices, and abandoning. Ali Ansari playing a parallel role with Affan Waheed as there are two main heroes within the story across Hina Altaf.

There's no doubt that no character Ali Ansari has not played yet and that too, immaculately. From a polite brother in Khaani to an angry young man in Seerat, a family guy in Kamzarf to a heartbroken, loyal partner in Muqaddar, and the hero has aced every character with great ease.

After all, he's a person of many talents. We grew up taking note of his voice on FM 96 and his show 'Dude Where is My Song?'. The radio show was amongst the most enlightened and happening of its time, proving that Ali rocks at whatever he sets his mind.

In Kaasa e Dil, Ali Ansari is going to be seen performing with newly-wed "Hina Altaf" who the audience adores herself for her famous role as "Zebo" in "Udaari."

Ali Ansari is on a roll and is receiving immense praise from all nooks and corners. Already ruling the screen together with his top-notch performances in Muqaddar and earlier in Mohobbat Na Kariyo and Naqabzan; the actor is ready to shine in yet one more upcoming drama, 'Kaasa e Dil.'

The drama details are still top-secret, but Ali took to his Instagram and shared a sneak peek of his look from the upcoming drama. We are loving the attractive appearance and wondering what his avatar will be all about within the story.

Although, the official statements by the director "Zeeshan Ahmed" and producers "Abdullah Kadwani" and "Asad Qureshi" aren't yet made.