The popular Turkish drama 'Dirilish Ertugrul', which has been airing on Pakistan Television (PTV) since the end of April, is being aired in Urdu as 'Ertugrul Ghazi'.

While Pakistani Drama and  Showbiz personalities had different views on this, now government figures also appear to be divided on Turkish drama.

A few days ago, Federal Minister for Science and Technology Chaudhry Fawad Hussain had opposed the airing of 'Ertugrul Ghazi' on state TV and said that foreign dramas would destroy our local industry.

Fawad Chaudhry said that PTV could not be proud of any foreign drama.

On the contrary, Pakistan Tehreek-e-Insaf (PTI) senator and chairman of the Senate Information Broadcasting and Heritage Standing Committee, Faisal Javed Khan, is in favour of airing 'Ertugrul Ghazi' on PTV.

Faisal Javed Khan said that we should not only broadcast material on Islamic values but also prepare such material and provide it to foreign countries, such projects should be joint.

In another tweet, Faisal Javed Khan praised the local drama industry and said that we should work on producing good content, our industry has this potential and with its help, we can enter the global market.

In another tweet, the PTI senator wrote without mentioning anyone that he wished we could give the same reaction to Indian dramas, films and songs.

"Our own people are promoting dramas like Game of Thrones, but we are criticizing Ertugrul Ghazi, while PTV also broadcasts good English films," he wrote.

Dozens of people commented on Faisal Javed Khan's tweets, some of whom opposed him while others tweeted in his favour.

Leading actor and writer Vasay Chaudhry also commented on Faisal Javed Khan's tweets and reminded the senator that he had also protested against the broadcasting of Indian dramas and content.

The actor told the senator that even when Twitter did not exist a decade ago, some members of the drama industry protested against the broadcast of Indian content.

Commenting on Faisal Javed Khan's second tweet, Vasay Chaudhry agreed with the senator and said that there is no doubt that 'Ertugrul Ghazi' is a standard drama.
He himself has watched 200 episodes of this drama but his problem is not with the drama but with its broadcast on PTV as it also has some legal issues. 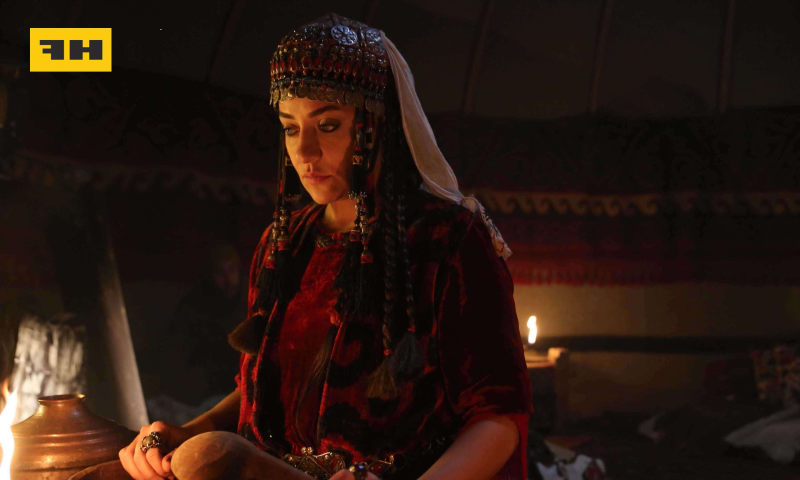 Faisal Javed Khan agrees with Vasay Chaudhry's talk of airing 'Ertugrul Ghazi' on PTV and says he is right
But now people are being brought to PTV by broadcasting good content and in the next phase work will be done to broadcast content on PTV.

It should be noted that Ertugrul Ghazi has been broadcasting on PTV every night since April 24 in prime time.
The drama set new records in Pakistan and was viewed more than 300 million times on YouTube in just 25 days.

Sonya Hussyn Vows to Enjoy Every Moment of the Year 2021