The Turkish drama 'Dirilis Ertugrul' which is being aired in Urdu under the name 'Ertugrul Ghazi', although it gained popularity even before it was aired in Pakistan after it was aired, this drama set new records of popularity. ۔

'Ertugrul Ghazi' has been airing on Pakistan Television (PTV) since the first of Ramadan and its first episode has been viewed more than 25 million times on YouTube so far.
And to this day, no Pakistani drama has won this award.

Before 'Ertugrul Ghazi', the first episode of the Pakistani drama 'Mere Pass Tum Ho' had been viewed 27 million times on YouTube in 9 months, but the Turkish drama was viewed more than 25 million times in just 3 weeks.

Similarly, the story of 'Ertugrul Ghazi' and its actors are also talked about on Pakistani social media day by day and these days the actors of the same drama are being searched the most on the internet in Pakistan.

Although only 23 episodes of the play have been aired so far, Pakistani fans have already become fans of the characters in the play and especially the actors who played the roles of 'Ertugrul Ghazi' and his wife 'Halima Sultan'. ۔

In the play, 'Ertugrul Ghazi' is played by 41-year-old Engin Altan, while his wife 'Halima Sultan' is played by 28-year-old Esra Bilgic, who is a divorced woman in real life.

The play's lead actor, Ertugrul Ghazi, is also married in real life and has two children.

Over the past three weeks, Pakistani drama fans have commented on Halima Sultan's social media accounts praising her and people seem to be inviting her to visit Pakistan. 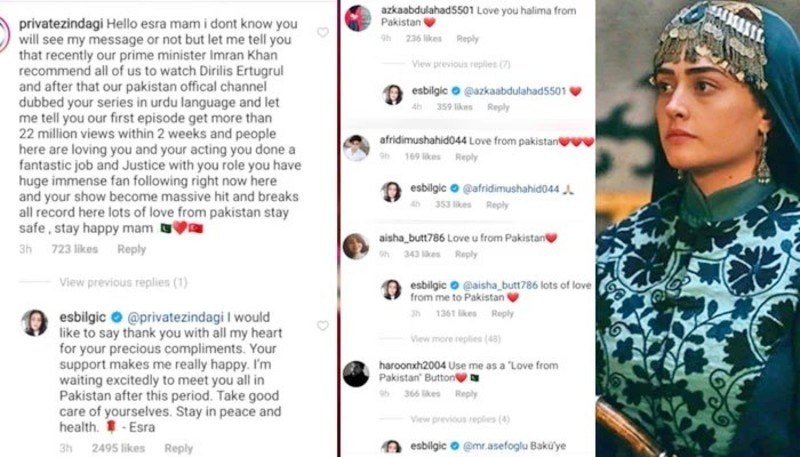 Commenting on a photo shared by Esra Bilgic on Instagram, a Pakistani fan commented on her popularity in Pakistani drama and said that she has become very popular in Pakistan as soon as she sees it.

Pakistani fans expressed good wishes for the Turkish actress and praised her performance and told her that her drama is setting new records of popularity in Pakistan. 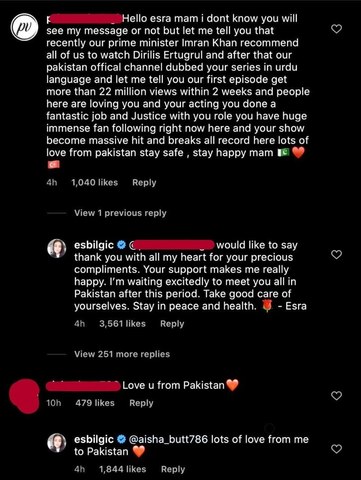 Responding to the fans, the actress expressed her desire to come to Pakistan soon

Although the Turkish actress expressed her desire to come to Pakistan, she did not give any indication as to how long she intends to come to Pakistan. However, drama fans believe that after the lockdown has been eased due to the coronavirus. Halima Sultan may come to Pakistan while it is too early to say anything in this regard.

Citizens leave mice for free accommodation in a hotel

Watch These Entertaining Pakistani Dramas in the Year 2021