Leading social media company YouTube will give Pakistan an advertising grant of  $5 million to spread awareness about the coronavirus.

In a letter to Prime Minister Imran Khan, Susan Wojciech, Chief Executive Officer of YouTube, said, “Google and YouTube will continue to support Pakistani citizens and businesses in this difficult time.

The letter said technology-based companies were helping local authorities in the country spread information about the coronavirus through information panels and alerts.

He said Google has also launched a microsite that will appear when someone searches for the Coronavirus.

The said microsite will provide information to the users by getting information from the official website related to Corona.

"We hope that these reports (movements) can help public health officials in Pakistan and that governments elsewhere can respond to the coronavirus," he said.

The letter also offered cooperation with the Pakistani government in developing a "credible and globally sustainable digital policy and regulatory framework".

It may be recalled that Prime Minister Imran had met the CEO of YouTube in January this year on the sidelines of the 50th Annual Meeting of the World Economic Forum in Davos, Switzerland.

The two leaders discussed the use of Pakistan's digital platform.

Following the meeting, Tania, head of Digital Pakistan, described the meeting as a "better meeting" in a tweet, saying the two sides discussed issues related to content creation in Pakistan. 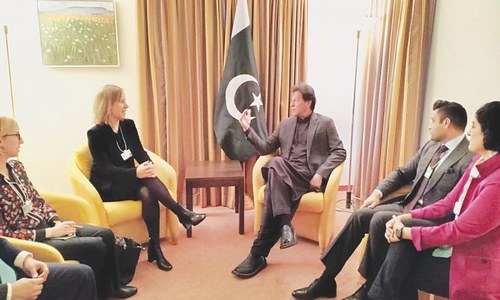 Earlier, Google, the world's largest search engine, had announced its support to Pakistan in a number of areas in view of the spread of the new novel Coronavirus.

The statement said the company would continue to provide short- and long-term support to Pakistan against the virus, focusing on three key priorities, which the company considers critical for permanent rehabilitation.

It may be recalled that new cases of Coronavirus have been reported in Pakistan even today after which the total number of confirmed cases in the country has reached 28,587 while the death toll has reached 623.

According to official figures, 1633 new cases have been reported so far

China's GPS system project will be completed next year

The realme C25 with 48MP Camera

How much does Facebook know about you? It's easier to know now