Who is Responsible for the Closure of PTV YouTube Channel?

The viewers of the official YouTube channel of the state-run Pakistan Television (PTV) were disappointed when they came to know that the YouTube channel has been shut down for continuous copyright infringement.

The status of PTV's rating is not hidden from anyone, and it is clear to everyone that since the first episode of the Turkish drama "Ertugrul Ghazi" aired at the behest of the Prime Minister, PTV Home's YouTube The subscription of the channel has increased tremendously from 4 million 77 thousand at present.

Turkish media had tweeted two days ago that all records of liking for this drama in Pakistan have been broken. The first episode on YouTube was viewed 12 million times in 6 years in Turkish and 12 million times a year in Arabic. But in just one month, 42 million people have watched it in Urdu.

Apart from other state TV channels like PTV Sports, News, National, Global, PT Home is of utmost importance as it broadcasts dramas and entertainment content. 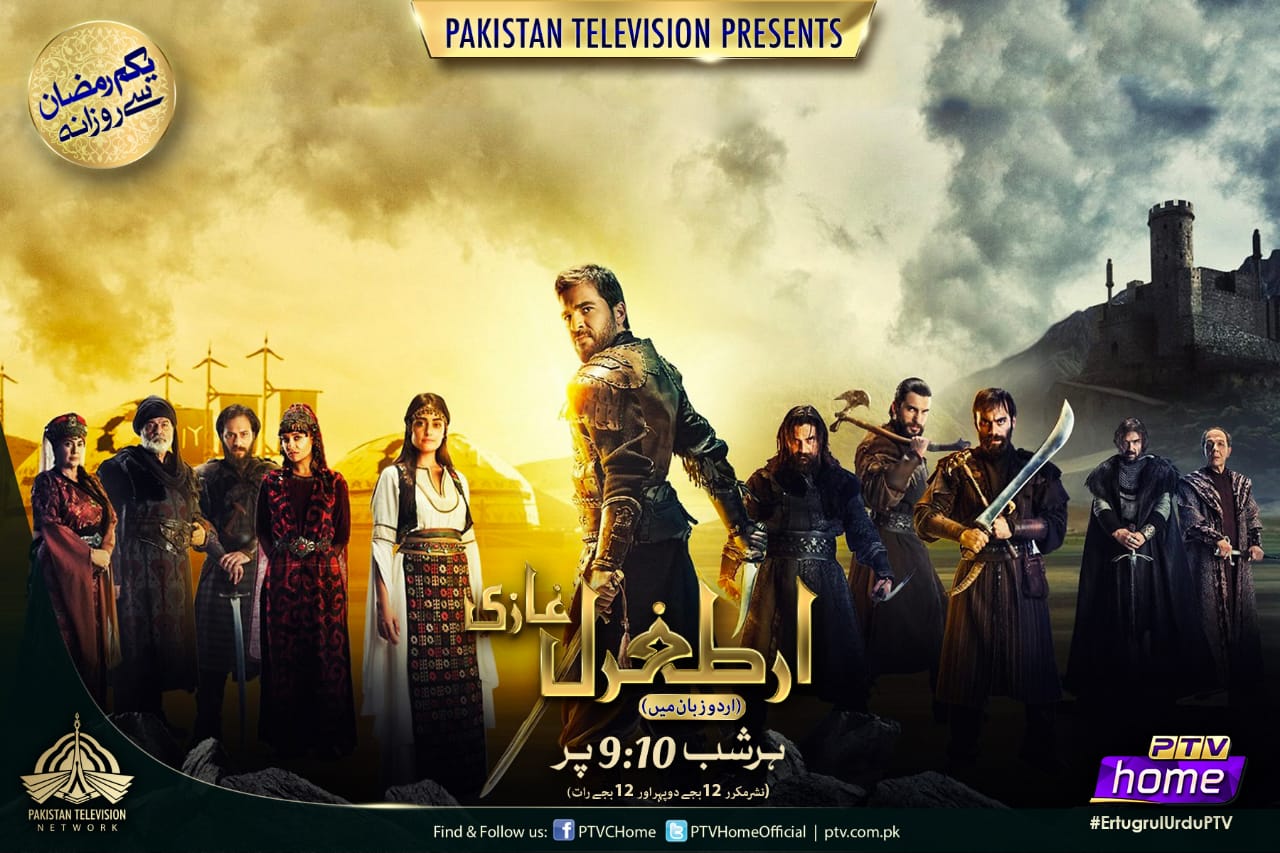 The Dot Republic, a private company that shut down PTV Home's YouTube channel for copyright infringement. According to YouTube's policy, a company that has copyright or digital rights to any content may strike down the violators after 3 strikes (warnings).

Contacting PTV controller Kashif Masood Akbar, Pran said that he was not looking into the matter so he could not even talk about it. He also expressed ignorance as to who was trying to resolve the issue.

On the other hand, a PTV official said that the YouTube channel was shut down due to showing one or two dramas without copyrights. He said that it often happens that many dramas are being aired simultaneously on PTV Home and a satellite channel for which we do not have digital rights, then there is a strike. This time too it has happened and after the Eid holidays, the matter will be resolved by contacting the YouTube administration.

What happened as soon as the first episode of Ertugrul was aired?

According to a PTV official, PT Home had to face a strike as soon as the first episode of Ertugrul was aired on the first of Ramadan because we did not have the digital rights. Immediately after this, the management created a channel from Turkey called "TRT Ertugrul by PTV".

This is the reason that if you write "PTV Home" on YouTube, "Remove" is being shown, but at the same time, the links of all the episodes of Ertugrul can be easily opened.

Gossip.pk also tried to contact Managing Director PTV Amir Manzoor in this regard but he did not receive the call despite leaving several calls and messages.

Why is this in digital Pakistan?

Although the issue of digital rights violation is not just a PTV issue but realizing the importance of technology, Prime Minister Imran Khan has set up "Digital Pakistan" to digitize everything in the country, which is also headed by "Google". What can be said about such unfamiliarity from the most important institution like PTV? Decide for yourself