Over the past few months, WhatsApp has introduced a number of new features so that users can get all kinds of convenience at home during the Coronavirus epidemic.

Now a new feature in the world's most popular messaging platform is about to be introduced in the form of Messenger Rooms, which Facebook recently introduced to Messenger users.

This feature was introduced by Facebook against popular video conferencing platforms such as Zoom, Google Meet, Skype and others.

This feature in Messenger is now available in Pakistan which allows video chat with up to 50 people at a time.

Facebook has announced that this feature will also be available to WhatsApp users so that they can make group calls directly to their friends on Facebook.

This feature is still available to some users on WhatsApp and will soon be available to people around the world.

How to use Messenger Room? 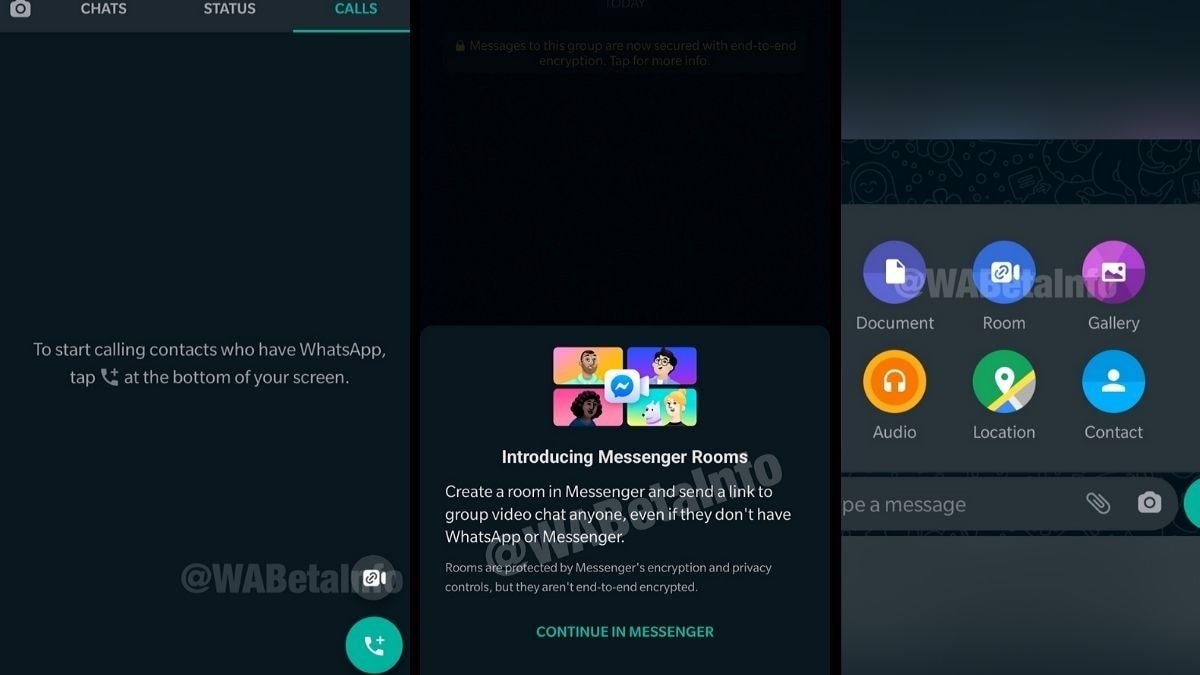 According to the WhatsApp update tracking website WABetaInfo, Messenger Rooms feature is available to some WhatsApp users and is also available in beta versions of iOS and Android.

According to the report, in order to use this feature, users have to open a chat and click on the room option, which will be in the options of attachment tools below.

Clicking on it will open the Facebook Messenger Rooms window, after which users will be able to make video calls by adding friends.

As mentioned above, it can call up to 50 people at a time and it is free.

WhatsApp has been testing this feature for several weeks and will soon be available to all users. However, the number of people in the audio or video call in WhatsApp has recently been increased from 4 to 8.