WhatsApp, the world's largest and most popular instant messaging application, has introduced a message reaction feature in Pakistan as well as in other parts of the world. WhatsApp introduced the Reaction feature last week on May 5, which was initially available in a few other countries, including the US and Europe.

WhatsApp initially announced in November 2021 that it would soon introduce the Message Reaction feature for some users, after which it was introduced to a limited number of users in January 2022. Mark Zuckerberg said in a Facebook post on May 5 that the feature was made available to everyone.

At the same time, he said that work is being done to further improve the aforementioned feature and it will also include other emotional reactions including 'help, thanks, and compliments' emojis. After the US and Europe, on May 10, Pakistani users were also given access to the reaction feature and most Pakistanis were unaware of the feature.

This feature works just like the way users express their opinions via emojis on Facebook, Instagram, and Messenger messages. After the introduction of the feature, every user will see the message and after selecting it, there will be signs of emojis, from which they will be able to express their opinion through any one of the emojis. 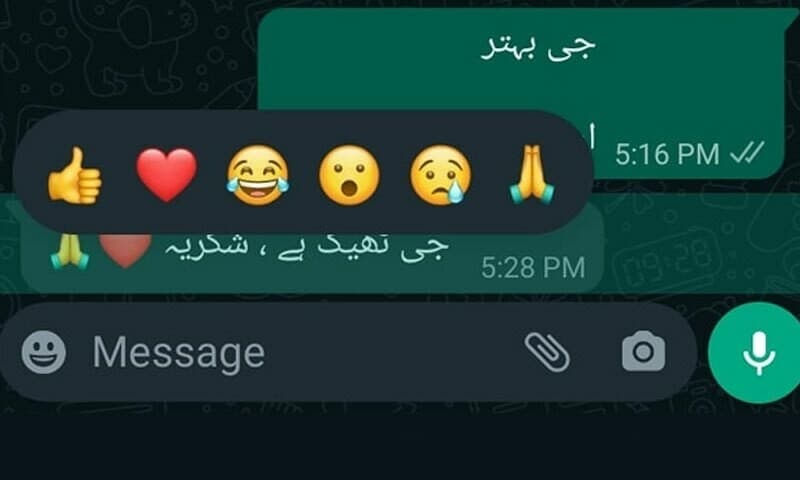 After the user comments on any message via emoji, the sender of the notification also receives the notification. The Reaction feature is only for Android and iOS users, meaning it can only be used on mobile. Soon after this feature, Pakistani users will be able to access other new features of WhatsApp. WhatsApp had recently increased the number of group members from 256 to 512, but so far the feature has not been introduced in Pakistan.

Similarly, WhatsApp has now introduced the feature of sending HD quality video up to 2 GB in any message and it has not been introduced in Pakistan yet but soon both the features will be able to be used by Pakistani users. 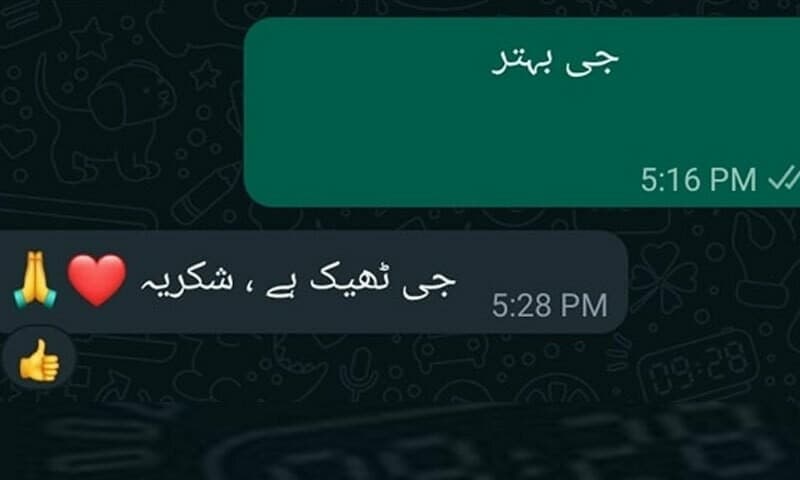 Related Posts
What is the wow.com search engine? | How to get rid of this?
Facebook has bought the world's most popular service, GIPHY, and made it part of Instagram
vivo announces X50, X50 Pro and X50 Pro+ with unique cameras, Prices in Pakistan
Apple's Cheap iPhone SE2 likely to be introduced next week
TECNO is Soon to Initiate Give Me 5 With Spark5 Campaign
realme 50 million sales record receives praises from top industry partners
Corona Lockdown: An increase of about 16 million Netflix users
Your favorite TECNO phone, the Spark 6 Go, has become more affordable