What will Samsung's Galaxy Z Flip new foldable phone be like?

Samsung's new flagship phone, the Galaxy Z Flip, is being introduced next month and various leaks about its features are also being revealed.

But now a new leak has revealed all the details about this foldable phone.

Samsung's official renders of this phone were also released in the One Future leak, and all other details are also available.

Like Samsung's recent phones, the Galaxy Z Flip has a punch-hole selfie camera while the outside display is equipped with a 1.06-inch LED panel that will display simple notifications over time.

The phone is likely to get Qualcomm Snapdragon 855 Plus processor, 8GB RAM and 256GB storage. 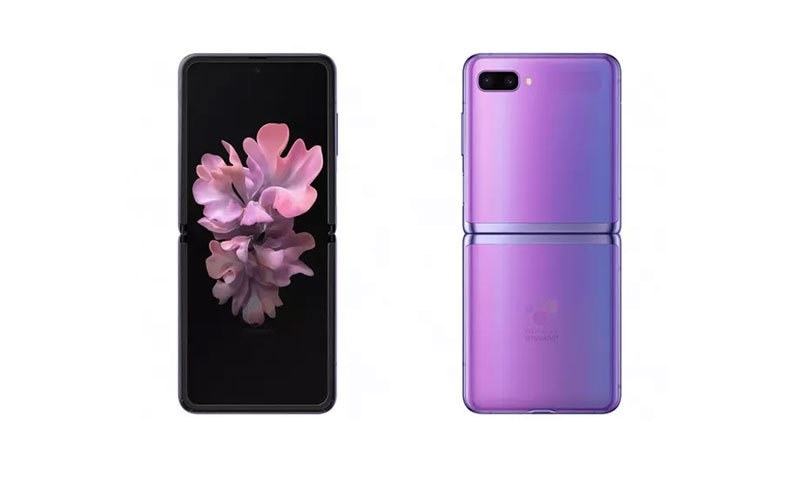 Photo courtesy of One Future
The phone has a single USB port for charging and audio, while the microSD card slot and headphone jack are not available, while the phone will not support 5G but will also support LTE network.

The phone will have an external dual camera setup which includes a 12-megapixel main camera and a 12-megapixel ultra-wide-angle camera while the selfie camera will be 10 megapixels.

This is not an unusual phone in terms of features, but the report said that Samsung actually wants to sell the Galaxy Z Flip on the basis of its unique design and style.

For users who want more powerful hardware, there will be Galaxy S20 series phones while Galaxy Z Flip will be for users who prefer the design instead of features.

The availability and price of this phone are unclear, but according to another leak, the Galaxy Z Flip can be priced at the US $ 1,400 (over Rs 166,000 Pakistani rupees) and will release on February 14.

The British House has approved a Brexit