As a result of the new Novel Coronavirus outbreak worldwide, close to 3 billion people have been confined to homes and the use of social media apps has increased significantly.

WhatsApp has seen a significant increase in the rate of messages, voice and video calls, as well as an old threat to consumers.

The messaging service called WhatsApp Gold is promising to deliver a premium service, saying that this is the version that is only available to celebrities.

First, know that this is not a fact, it is a virus used to hack users' accounts.

According to the Tech Radar report, some circles are working to spread suspected software on the occasion of this global outbreak.

In a statement on Facebook yesterday, it was reported that it was experiencing difficulties due to a huge increase in demand for services in recent weeks.

According to the statement, the number of people affected by the virus has increased twice the voice and video calling rate from Messenger and WhatsApp.

WhatsApp Gold fraud has been surfacing in various parts of the world for a long time and has recently surfaced with a few other fraud messages.

A message is currently circulating around the world on the WhatsApp, claiming that a video will be released tomorrow of Martinelli who will hack you phone. 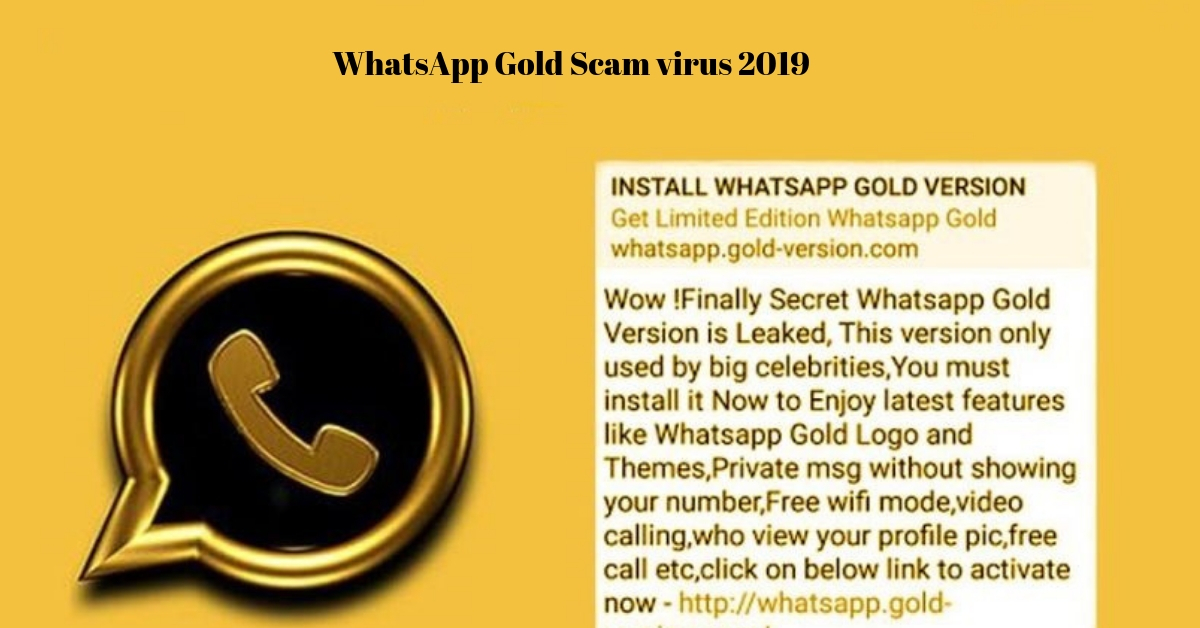 The message reads: "All those who use WhatsApp, forward this message that an eyewitness has warned that a video Martinelli is appearing in the WhatsApp tomorrow, never open it, this phone Will be hacked and difficult to regain control '.

It also says 'If you get the message that WhatsApp updates WhatsApp Gold, never click, this virus is very dangerous, be aware of it all'.

The first part of this message describes the video, while the second part talks about the WhatsApp gold fraud message.

Various versions of the WhatsApp Gold message have been circulating since 2016.

In 2016, many users claimed to be invited to the Limited Edition of WhatsApp, which promised to provide hundreds of photos, video chat and delete messages, clicking on a link. This leads users to a website created by hackers.

If you receive this message, never click the upgrade link, rather delete the message immediately.

Remember that there is only one version of the WhatsApp that is already in your phone and updates it automatically.

By the way, there is no video with that name and watching the video in the WhatsApp may not download any harmful software into the device, but this problem occurs when a message contains a link to an external site that is clicked on. Towards the site.

There is another rumor that is saying that watching The Dance of the Pope could damage the phone.

But according to Graham Cleveland, a security expert, there is no such video and such a message has been circulating since 2015, with a slight change of words.

Such messages go viral very quickly because people share them knowing they are helping their friends, but this only adds to the concern and concern of the people.

To overcome such rumors, the WhatsApp is testing a fact-finding tool that will help determine the accuracy of online information.

This tool is not currently available to general users, but after access is available, users will be able to know the reality of messages received by Google Search.

Some of the Best Features Recently Introduced in the WhatsApp

The US Senate banned members from using the Zoom video app