Today is February 14, commonly known as 'Valentine's Day'. Some people dedicate this day to express love for their beloved. For many, it is a busy day like normal days, however. Few people know that February 14 is another day to celebrate.

Yes, even science enthusiasts have been excited for February 14 every year for at least the last 3 decades, because science-minded people are celebrating 'light blue dots' annually on this day every year. I know this sounds strange, but the concept is enough to open the windows.

Science enthusiasts know that there are a total of 3 man-made space vehicles out of which 2 of our systems have gone beyond the solar system, and the third is on the edge of the solar system. Horizons, the three set their own destinations and provided us with information about the outer planets of the solar system, including Jupiter, Saturn, Uranus and Neptune and the dwarf planet Pluto, but the Voyager One spacecraft showed that feat. Which is mentioned in every scientific and philosophical event to date?

In the early 1990s, the famous astronomer Dr Carl Segan, who was also an adviser to NASA in the early days of the spacecraft, advised that the Voyager One spacecraft, which was then orbiting the planet, Neptune, Should be oriented towards the earth and take a picture of the solar system at a distance of about 6 billion kilometres. 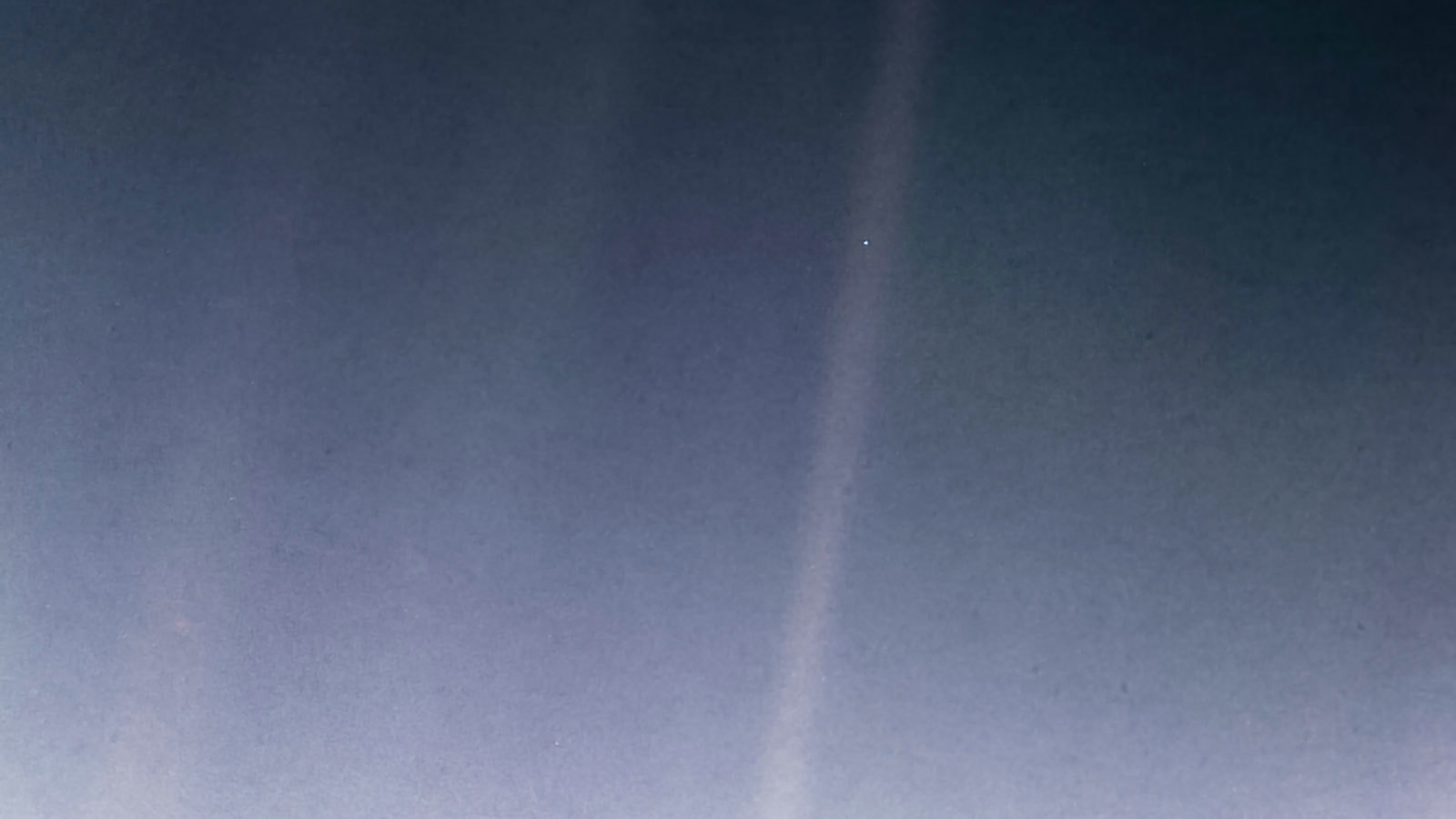 This little point is our land in this larger universe — Photo: NASA
Thus, on February 14, 1990, NASA sent a message to launch the camera on the Voyager One spacecraft, and according to standard time, on February 14, 1990, at 9 am to 38 minutes, the Voyager One launched a solar system toward the centre of the solar system. He turned and snapped a historical picture with a dim blue light in the sunlight at which about 5 billion people were engaged in their daily lives.

Since no human has ever been so far away and the future will not be able to come near, then seeing all humanity imprisoned in a small point from this place gives us humans a sense of their destiny in this universe today. It's been 30 years and this spacecraft is now in the space of 'interstellar space'.

From February 14, 2020, to February 20, 2020, the astronomical events are being held in the world on the 30th anniversary of this point, in addition to providing information about astronomy to people and observing the sky with binoculars.

In this book, the whole story hidden behind the dim blue light hidden in the sun by Carl Segan is described in his book, published in 1994, titled "Dim Blue Point: The View of the Human Future in Space." He has so beautifully drawn the map of humanity and human thinking that the reader is surprised.

The image of the Earth from the edge of the solar system sent by the Voyager One spacecraft was less than one pixel in size. The point is where everyone you met in history or you met in reality. 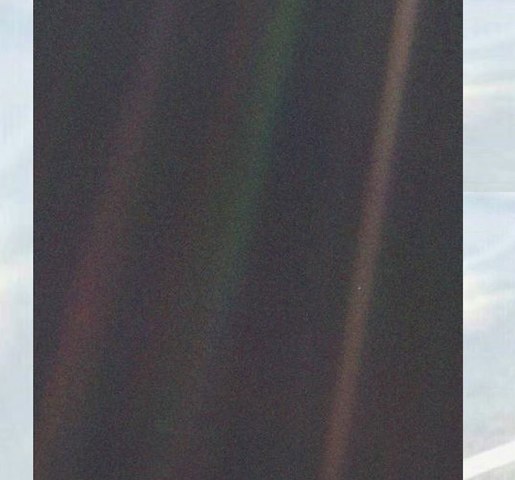 In such a vast universe, our planet is smaller than the dots of a pen on paper — Photo: NASA
It is at this point that many kings end up oppressing their slaves, many lovers are stoned, and for the smallest part of this point many tribes bleed each other and many religions are here. Governments have come into being and corruption has happened here, especially since we humans have been on this earth for almost two million years but have so far reached the point of development where only 12 people out of a half billion people. They came from the moon.

After reading all this, one is compelled to think how low our position in this universe is in this world but many of us still become 'God'.

It is true that we humans are very small in this universe, but our thinking can take us beyond the stars, so we should run our horses of intellect and develop a positive attitude in our society instead of showing our affection to others.

TECNO officially announced the launch of Phantom X in Pakistan