An adhesive bandage will allow people to catch symptoms of the coronavirus prematurely.

Northwestern University in the United States has developed a new sensor that is attached to the throat.

This postage stamp device is made of soft silicone material that sticks to the throat and monitors cough, breathing, heart rate, and body temperature.

All this data is transferred to a cloud server where the algorithms recognize the COVID 19 symbols.

The system will send the details of the symptoms to a doctor who can use it for treatment and other factors.

At the end of each day, the sensor must be removed and placed on a wireless charger, and scientists say that if it has no batteries, charging ports and electrodes, it can be worn while bathing and can be easily cleaned.

The device was developed by an American university, while the algorithms were developed by scientists at the Shirley Ryan Ability Lab, a research hospital in Chicago.

The sensors in the device detect vibrations on the chest wall, and scientists say it helps speed up the respiratory system.
Voices and activities can be monitored because they are applied to the surface of the skin near the respiratory tract.

The device is currently being tested on 25 patients with COVID 19, including Shirley Ryan Lab scientist Kelly Mackenzie, who has been diagnosed with cough and nasal congestion.

"When you apply it for the first time, it feels weird, but after a while, you don't even realize it's there," he said.

The research team also plans to include blood oxygen levels in its next version. 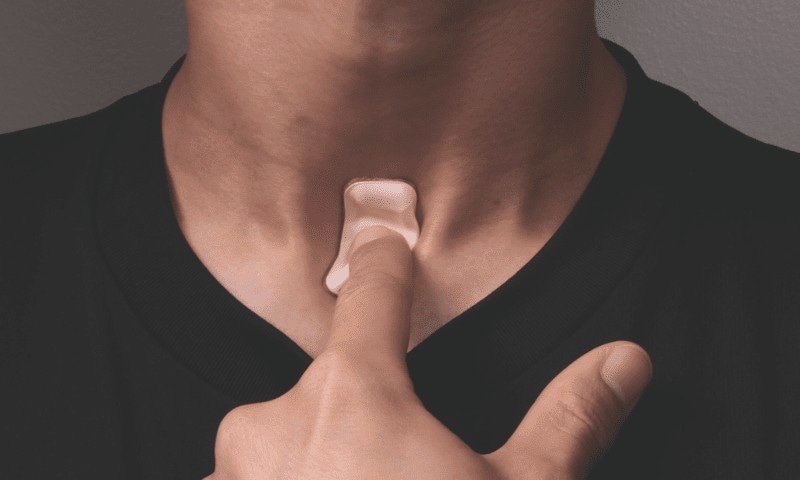 They claim to be making dozens of devices every week and have the potential to reach hundreds.