Huawei's new flagship phone P40 is the company's first device that will be set up with 5 cameras on the back.

It is expected that the P40 and P40 Pro will be introduced in March 2020 and according to the latest leaks, this phone will have a total of 7 cameras.

In fact, this is the first smartphone to be given a total of 7 cameras.

So far the phone with 5 cameras has been introduced on the back, which is a Nokia 9 PureView but only one camera has been given on its front.

The phone's renders also have a large LED flash inside the square camera module.

It has a curved display on the front, which will be 6.5 inches or 6.7 inches in the P40 Pro with quad HD Plus resolution while the fingerprint sensor with a 90Hz refresh rate will also be inside the screen. Speaker is going to be installed inside the display. 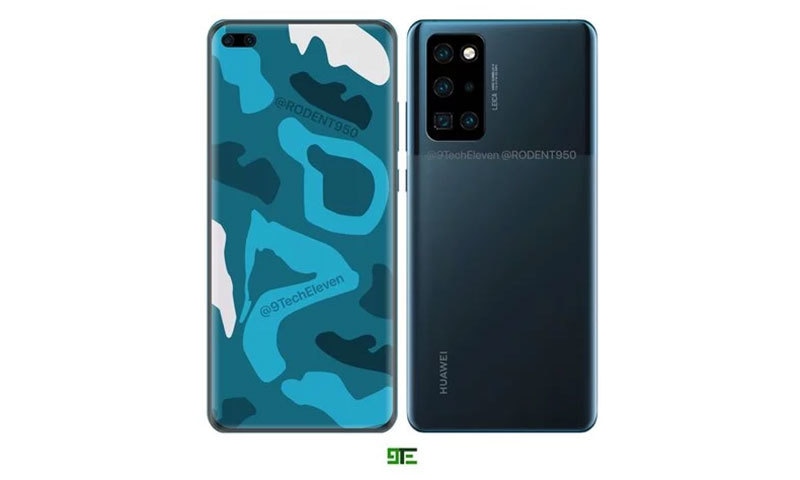 Photo courtesy of 9TechEleven
The phone is expected to be powered by the company's own Kirin 990 FiG processor, 8 to 12 GB of RAM, and will start with 128 GB of storage.

The company can integrate the Android 10 operating system with its EMUI and if US sanctions on Huawei remain, then P40 and P40 Pro are unlikely to provide Google mobile services.

It may be recalled that in May this year, Huawei blacklisted the Chinese company from using US technology and could not obtain a license to use Google software.

Huawei's access to the Android 10 operating system is open source, but licenses are required for Google Maps, Play Store, Search Engine and other mobile services, which are not being issued by the US government.

I Bet, People Who Hate Me Also Listen to My Songs, Meesha Shafi

Google's Virtual Workshops for Pakistani Companies During the Coronavirus