The trade war between the United States and China is set to escalate as the Trump administration tightens restrictions on the supply of US technology and software to smartphone company Huawei.

The US government on Friday issued a new order barring Huawei and its suppliers from using US technology and software.
And the move is likely to escalate tensions between Washington and Beijing.

The new rule, or ban, will take effect in September, barring companies using US-made machinery and software around the world from designing or manufacturing chips for Huawei or its subsidiaries. 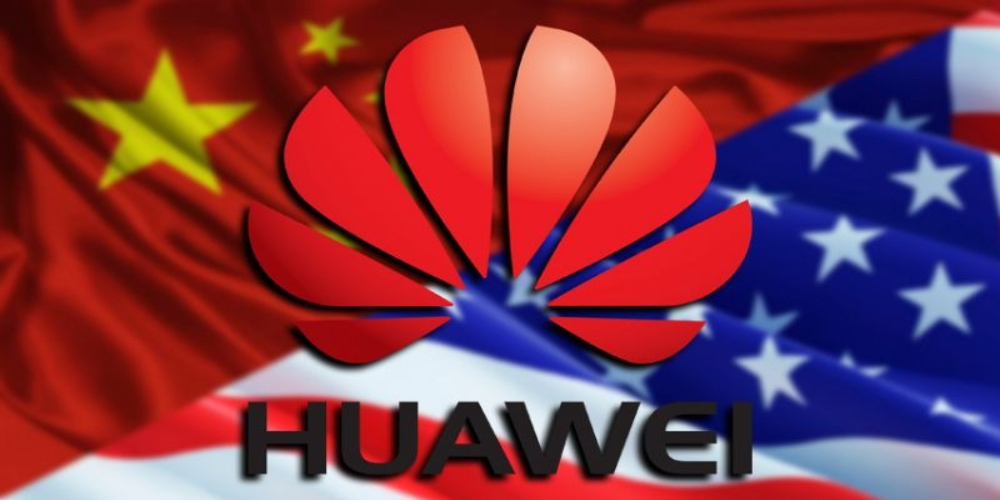 Companies can apply for a license to sell their products to Huawei, but it is more likely that these applications will be rejected.

Earlier, the United States extended the sanctions order on Huawei until May 2021, justifying the Trump administration's threats to national security.

The United States has accused Huawei of having close ties to the Chinese government and may use its spying equipment, after which Huawei was blacklisted in the United States following an executive order from President Donald Trump.

But so far the full ban has not been enforced, and a temporary license is issued every three months to allow some US companies to work with Huawei.

Such a temporary license for August 13 is still being issued this week and is expected to be the last such exemption.

John Newfair, president of the Semiconductor Industry Association, which represents chip companies, said his group had concerns that the new ban would affect the global semiconductor supply chain and create uncertainty.

But the new US move seems to be aimed at further damaging Huawei, which still relies heavily on US-made machinery and software designs to make chips for smartphones and tablets.

Since the US sanctions last year, Huawei has reduced its reliance on US chip companies such as Qualcomm and increased production at its chip unit High Silicon.

But the unit still has to rely on other companies, including Shanghai-based semiconductor maker SMIC and Taiwan's TSMC.

Most of these companies have to rely on the United States to some extent for their technology and this is what the US government has targeted.

A statement from the US Department of Commerce said on Friday that Huawei was developing its own semiconductors to avoid previous restrictions on the use of US software and technology, but was buying products from companies that sell US devices. Use

US Commerce Secretary Wilbur Ross said: "This is a huge technological shift in the implementation of sanctions on Huawei, but now the new ban is trying to fix it.

The move could hurt SMIC and TSMC's agreements with Huawei, which rely heavily on US-made tools, while companies that manufacture semiconductor devices such as Applied Materials, KM L&L Research will also be affected, with the ban affecting chip design software companies' ties to the Chinese company.

The move comes as tensions between the United States and China continue to rise.

The US president has accused China of failing to take appropriate action to prevent the spread of the coronavirus and has indicated that the US will punish the Chinese government.

He also threatened to cancel a trade agreement reached between the two countries in January.

"The virus came from China, it should have been stopped in China before it spread around the world," Donald Trump said at an event on Friday.

Following the new sanctions on Huawei, China Kiki is expected to take action against US technology companies that rely on sales in China, most notably Qualcomm and Apple.

"As far as I know, if the United States blocked key technology supplies for Huawei, then China would have added an 'unreliable entity list,'" Ho Xiaojan, editor-in-chief of the Global Times, said in a tweet. By mobilizing, US companies such as Qualcomm, Apple and others will be banned or investigated, while sales of Boeing aircraft will be suspended.

Huawei has not yet commented on the new development.

Smog May Cause of Death

IPL 2021 Has Been Postponed Because of Coronavirus Outbreak

First case of Corona virus in Afghanistan after China, India and Iran

Related Posts
Do You Know how to use this exciting feature of the WhatsApp?
A bug in Google Photos, transferring videos of users to strangers
How to change facebook page name 2020
Wait Over, Whatsapp's Message 'Reaction' Feature Introduced
TECNO CamonShow" Campaign Created Stir on TikTok
Islamabad High Court directs the Ministry of IT to restore internet in tribal districts
The US Senate banned members from using the Zoom video app
Samsung's new flagship Galaxy S11 will be introduced on February 11