The WhatsApp feature that users have long been waiting for is the Dark Mode, which was announced by the company this week and is now available to all users in Pakistan.

The purpose of this feature is to reduce the tension on the eyes in low light environments and to protect the atmosphere from the light of the phone in dark rooms such as cinema.

The company says that when we started to design the Dark Mode, we spent a lot of time researching and giving 2 specific sections easy to read and information hierarchy.

According to WhatsApp, while choosing colours for the theme, we wanted to minimize eye fatigue and use colours that were closer to the iPhone and Android system default.

The company added that we also wanted users to be able to focus on each screen easily, using colours and other design elements to make sure the most important information was featured.

Users of Android 10 and iOS 13 can enable Dark Mode via system settings.

For this purpose using Android 9 and below, click on Whatsapp Settings and then Chats.

There will be a Theme option at the top, click on it then you will see the Light and Dark options, first, click on Dark and then OK. 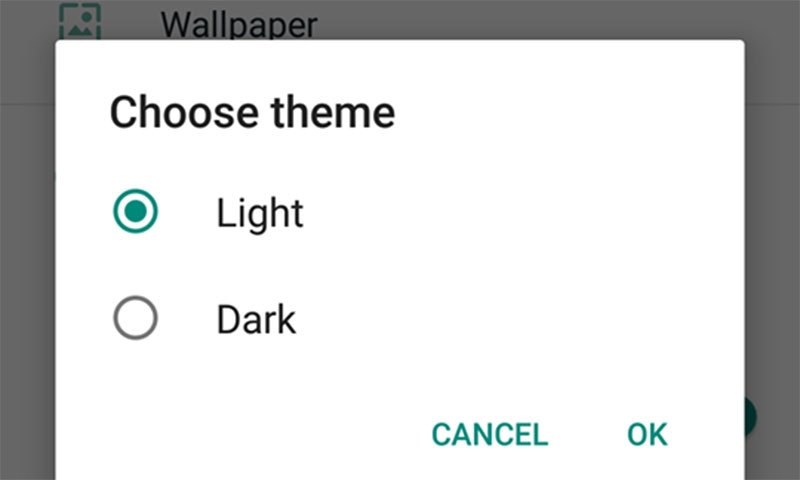 Screenshot
Doing so will change the screen colour to dark grey. 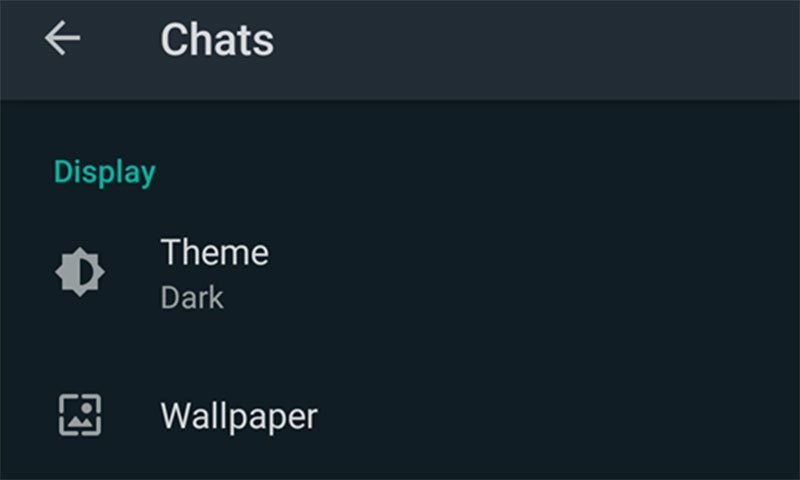 Screenshot
The feature was available in the Android and iOS beta versions from January and the company says it's the one that is most sought after by consumers.

The WhatsApp-owned company promised to introduce it soon in 2018, and now, two years later, it has become available to consumers, many of whom have been waiting patiently.

The company didn't mention it, but the Dark mode also improves battery life because the darker colour requires less energy than the display.

Dark mode has been introduced in YouTube, Facebook Messenger and many other apps before, but this feature is not yet available in the Facebook main app and has started testing in Facebook Lite in the past.