The popularity of the video-sharing app TikTok has grown exponentially And during the first quarter of this year, the rate of installing it increased significantly.

According to analytics company Sensor Tower, the app has been downloaded more than 2 billion times from the Apple App Store and Google Play Store so far, with more than 500 million installs in just five months. 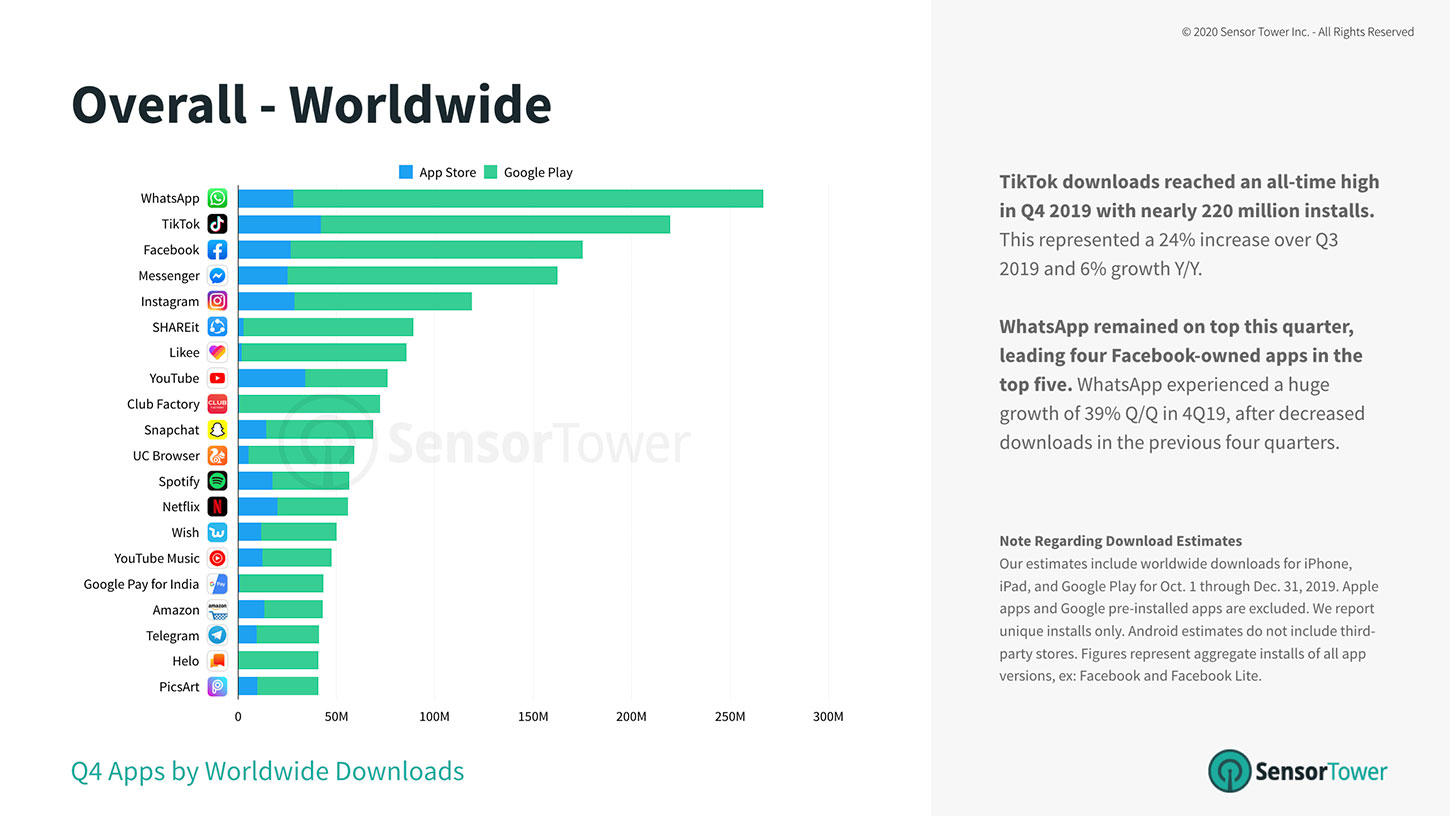 According to the report, the rise in the popularity of TikTok in recent months is the result of an outbreak of the coronavirus, which has left millions of people confined to their homes during the lockdown.

Restrictions on mobility have resulted in an increase in people's spending time on mobile devices, which has benefited TikTok.

The highest number of people using TikTok is in India, where the download rate of this app increased by more than 30%, while in China is increased by 9.7% and in the United States by 8.2%.

TikTok is considered an app of youth by the way The 15-second video is shared, but it is also gaining popularity among middle-aged people.

The popularity of this app in the United States has caused a great deal of concern in government circles due to the fact that it is owned by a Chinese company.

Facebook founder Mark Zuckerberg is also concerned about the popularity of TikTok.

In 2019, TikTok was downloaded more than 738 million times and in this regard, it beat Facebook, Messenger, and Instagram.

Facebook's concern can be gauged from the fact that it copied some of the features of TikTok into its apps and even introduced a similar app for Instagram.

The app, called Rails, was launched in Brazil in November last year, offering users a 15-second video that can be shared as stories decorated with music, and will soon be available on Instagram Explorer. The section of A new rail is also likely to be introduced.

Brazil has been chosen by Instagram because the app is very popular there, while TikTok is not being used much there at the moment, while music is highly preferred in Brazilian culture.

Instagram adopted the same strategy when targeting SnapChat and first introduced stories where Snapchat did not exist.

Instagram also has the backing of the US government over TikTok as TikTok is being scrutinized by US officials.

It is believed that the Chinese company Byte Dance bought the app Musically in 2017 for one billion dollars and then turned it into TikTok (Facebook also tried to buy it but failed), which quickly became worldwide popular.

Mark Zuckerberg has called for a byte dance scrutiny, saying: "Our services, such as WhatsApp, are used by protesters and social activists around the world for encryption and privacy protection, while TikTok." What is becoming increasingly popular around the world is said to censor demonstrations, even in the United States.

5 Qualities an SEO Expert Must Possess

How much can a father's health affect a child?

Huawei will use Google services when US sanctions lifted