To prevent the spread of the coronavirus, which affects more than 4.2 million people worldwide, health experts appear to be instructing people to distance themselves from each other.

A newspaper in the European country of Finland also published a unique type of advertisement to make people understand the importance of social distances.
Which can only be read correctly when the reader is at least 6 feet away from the ad.

Yes, the Finnish newspaper Helsingin Sanomat published a unique advertisement that is impossible to read closely.

According to the digital advertising agency The Stable, the Finnish newspaper published a unique advertisement that could not be read closely, using modern visual methods under optical vision. 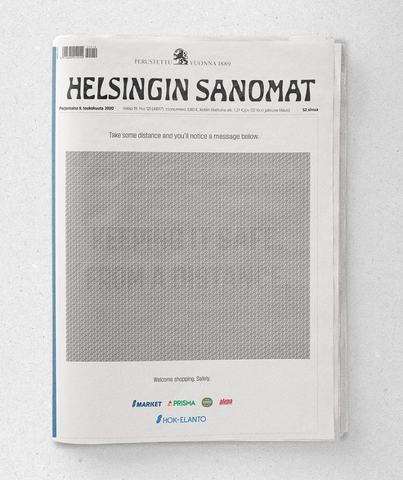 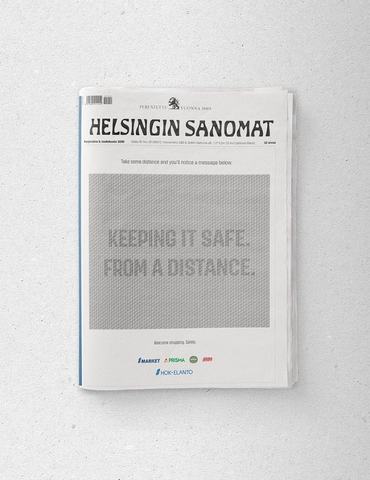 As of the afternoon of May 13, only 6,000 people had been affected by Corona in Finland, and the death toll from the epidemic had risen to 275.

As of the afternoon of May 13, the total number of people infected with Corona worldwide was more than 4.26 million, while the death toll had risen to 292,000.

Related Posts
Xiaomi has introduced 2 new phones from its Redmi Note series Note 9 Pro and Note 9 Pro Max
Introducing emoji reactions such as Facebook in Twitter
President Trump lifts Ban on Huawei at G20 summit
Facebook has bought the world's most popular service, GIPHY, and made it part of Instagram
TECNO Camon 17; The Flagship Phone Launching Soon
Notice to PTA for non-compliance with website blocking rules
Skype introduces its Meet Now feature to compete for zoom video call
The world's most popular Epic Games Fortnite is finally available in the Google Play Store