If you want to buy Samsung's new foldable phone Galaxy Z Flip, the good thing is that it is now available in Pakistan at a lower price than before.

Samsung has announced that the phone will be available to consumers at Rs 10,000 cheaper than online retail.

Note that Samsung introduced this phone in other countries in February and it is also the 'cheapest' foldable phone of any company currently available.

The phone is very similar to the Motorola Razr, with a 6.7-inch bendable screen with HDR Plus support and a small screen outside for notifications.

The new phone uses a bendable glass called Ultra-Thin Glass to give it the look of a premium look and a brand new foldable device.

It weighs 183 grams while Nano-SIM and E-SIM support is provided.

It has Qualcomm Snapdragon 855 Plus processor, 8 GB RAM, and 256 GB storage but no microSD card slot, so it can't be expanded. 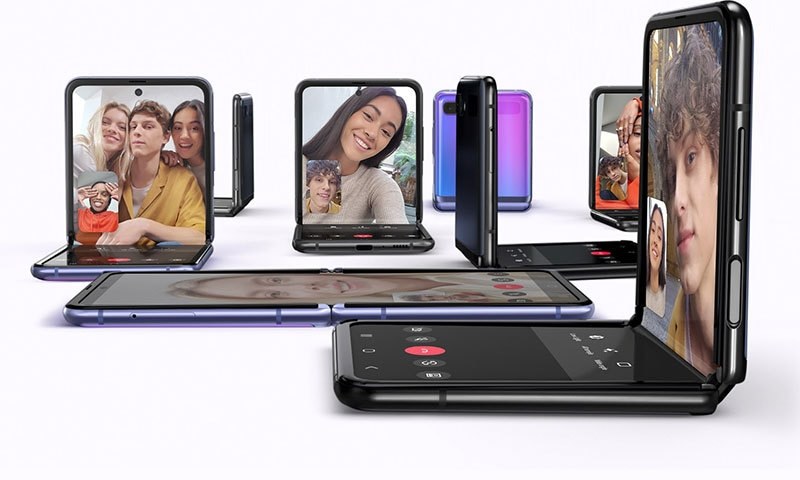 Photo courtesy of Samsung
Earlier last year, Samsung also introduced the Galaxy Fold (priced in $1980) which was its first foldable phone but it did not get much consumer attention but the company expects the Galaxy flip will be successful thanks to the low price and good features.

It has a 10-megapixel camera on the front, HDR support in both front and rear cameras.

The fingerprint sensor is on the side of the phone while it has Forge LTE support instead of 5G support.

Earlier last year, Samsung also introduced the Galaxy Fold (priced at $1980), its first foldable phone, but it did not get much consumer attention, but the company expects the Galaxy Philip will be successful thanks to its low price and good features and it was not even introduced in Pakistan.