In Pakistan, Samsung has released the Galaxy A32, a new Galaxy A series midrange handset. The Galaxy A30 and A31 were basic midrange phones, but the A32 is a premium feature phone with a great camera.

The mobile phone features a 6.4-inch FHD Plus Super AMOLED display with a refresh rate of 90 Hz and Gorilla Glass 5 security.

The Helio G80 processor in the Galaxy A32 MediaTek is an Octa-Core CPU. 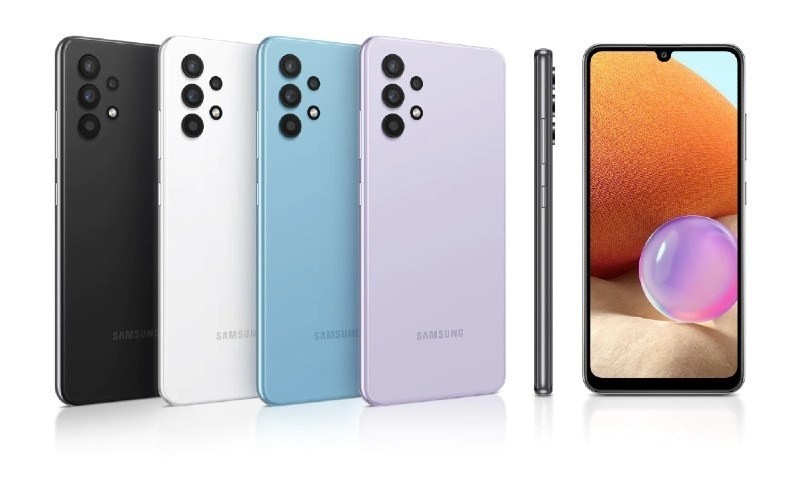 The company has incorporated the Android 11 operating system with its OneUI 3.0 on the inside of the handset.

Samsung's mid-range phone has 8 GB of RAM and 128 GB of storage, which can be extended with a microSD card up to 1 TB.

The device has game booster software monitors, according to the company, that improve gaming performance as well as to adapt to battery life, temperature, and memory use.

The Galaxy A32, according to the brand, has a powerful 5000 mAh battery that can last all day. The battery has a 15-watt quick charge capability.

The phone has five cameras in all, four on the back and one on the front. The back camera is 64 megapixels, with an 8-megapixel ultra-wide lens (123-degree field of view), a 5-megapixel macro, and a 5-megapixel depth camera. A 20-megapixel camera with a U-notch design is located on the front. Samsung Galaxy A32 Price in Pakistan

In Pakistan, the phone will be available in four separate colors for Rs 41,999.

Samsung has introduced the Infinity display on television

Due to Corona virus production of companies reduce, beneficial for Samsung?