Samsung has introduced its new and 'low price' 2 in One Laptop Galaxy Book Flex Alpha.

The slim and lightweight 13.3-inch screen is equipped with a laptop Q-LED display that will be available to consumers during the first half of 2020.

These laptops were introduced in Las Vegas before the start of the scheduled Consumer Electronics Show on January 7, and they will be showcasing this technology.

According to the company, the Outdoor mode has also been given with better power saving and it has the technology of the company's flagship laptops which helps to measure the brightness and work on full HD.

It weighs 1.19kg while it has a fingerprint sensor on the keyboard to facilitate users to login.

In addition, 2 USB 3.0 jacks, a USB socket, an HDMI slot and a microSD card reader has been provided and yes a headphone jack. 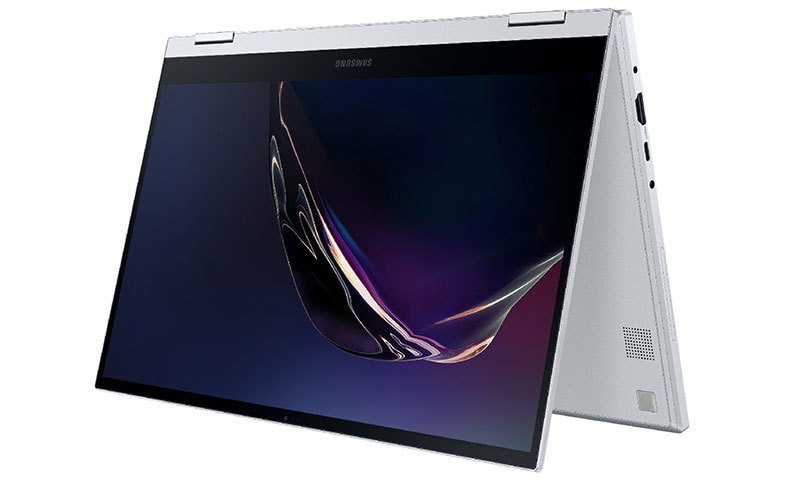 Photo courtesy of Samsung
The laptop has been given Intel 10 Generation Core processor, 8 to 12 GB RAM, 256 to 512 GB storage options, while the battery can work for more than 17 hours on a single charge, at least this is what the company claims. It can also be charged quickly with SBC fast charging support.

The laptop also has Wi-Fi support and stereo speakers.