After weeks of leaks and rumours, Samsung has finally launched 2020 flagship phones, the Galaxy S10 Lite and the Note 10 Lite.

Prior to the CES technology showcase scheduled next week in Las Vegas, Samsung introduced budget versions of its popular 2019 flagship phones and promised to give them premium features at a reasonable price.

The two phones have been given a 6.7-inch Super AMOLED Infinity O Display with the front camera in the middle hole design.

Features like 4500 mAh battery, 6 to 8 GB RAM and 128 GB storage (can be increased from SD card to 1 TB) are available in both phones but other features or hardware is different. ۔

The Galaxy S10 Lite has Snapdragon 855 processor while the Note 10 Lite uses the company's own Xenos 8895 processor.

There is a setup of 3 cameras on the back of both phones but this setup is different. 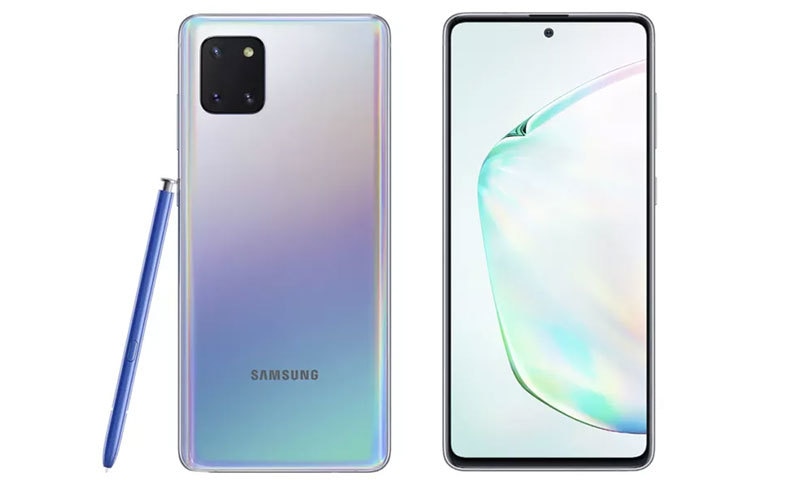 Note 10 Lite - Photo courtesy of Samsung
The S10 Lite has a 48-megapixel wide-angle camera with super-standalone OIS, not in the feature Note 10 Lite, plus a 12-megapixel ultra-wide camera with a 123-degree lens while the third camera 5. Is a megapixel macro lens.

The S-Pen has the Bluetooth Low Energy support provided in Note 9 of 2018, which helps it control the phone.

Samsung has not announced the price and availability date of the S10 Lite or the Note 10 Lite, however, they will be placed at the CES exhibition starting on January 7 and it may be announced that the price will be the same. Be on occasion

What are the annual salary and Net worth of the founder of Facebook, Mark Zuckerberg?

When a person made Google Maps 'stupid' with a few smartphones

Advised to Huawei users not to sideload Google Apps