Both of these laptops are part of Intel's Project Antenna, designed by Intel for next-generation computers that will feature devices equipped with FiveG, AI technology and other hardware.

Samsung's Galaxy Chromebook comes with the aluminum body, which the company has announced as its thinnest laptop, with a 13-inch screen with an emulated display and 4K UHD resolution.

Asus' laptop, on the other hand, comes with a 13-inch screen that weighs just one kilogram. 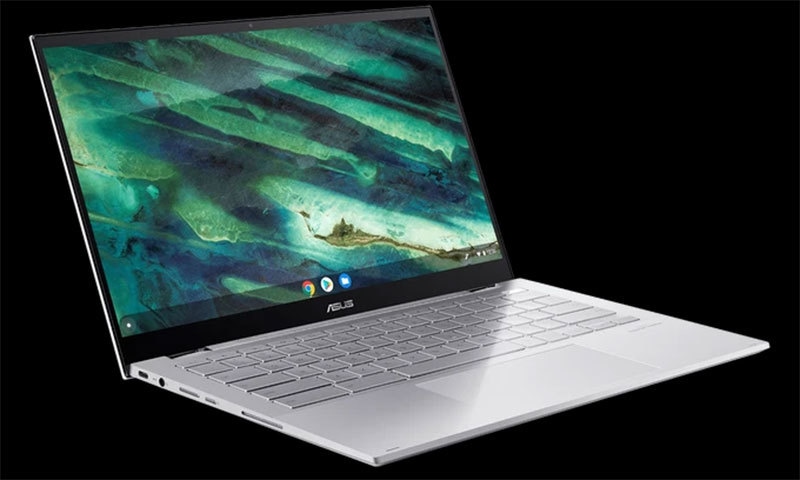 Photo courtesy of Asus
The processor is similar to Samsung's machine, while the stylus support and fingerprint sensor are also given.

The company claims that the battery is capable of working for a full day even on all uses.

The company says we're introducing a laptop to the world that seems to work right away, without having to worry about battery life.

The idea behind the laptops of Samsung and Asos is that the popular model is for the education sector while these machines are for the professionals.

"For years Chrome students have been liking the Chrome operating system around the world, Chromebooks are being used in addition to that, we have been asking for a premium Chromebook," said Kan Liu, Google's senior director of product management. Given the increase, invest more and join hands with new partners to build the next generation Chromebook.

Read also: Samsung's Phone Is Expected To Be In 5 Different Versions

Related Posts
Camon 17 Pro to be the new favorite from TECNO with some impressive supportive features
The Punjab Governor Cuts the Ribbon for TECNO Donation Ceremony to Help the Country Resume Work
Facebook Messenger Announces Limit for forwarding Messages
Ready AI system to detect Corona virus in seconds
How much does Facebook know about you? It's easier to know now
Google has completely redesigned its most popular app Google Map
Google Teach From Home Hub facility available for Pakistani students
New Android Feature That Will Keep You From Looking Stupid