According to a report, the showroom of the company was inaugurated at a function on January 3 in Lahore and four vehicles were introduced on the occasion.

Among them are a 1000cc ZTZ100 hatchback, JMC single cabin, a double cabin and JMC Vogue 2.4 litre vehicles.

According to the report, electric vehicles have not been introduced by the company at present, they are conventional fuel-powered vehicles.

The electric power version of the Z100 will be introduced in Pakistan following the application of the National Electric Vehicle Policy (NEVP), which is available in global markets.

The electric vehicle can travel up to 300 km on a single charge and is likely to cost up to Rs 19-20 lakh, but it can be fixed only after the implementation of the national policy.

The Z100, introduced, on the other hand, is very similar to the Second Generation Alto as the company has its rights. 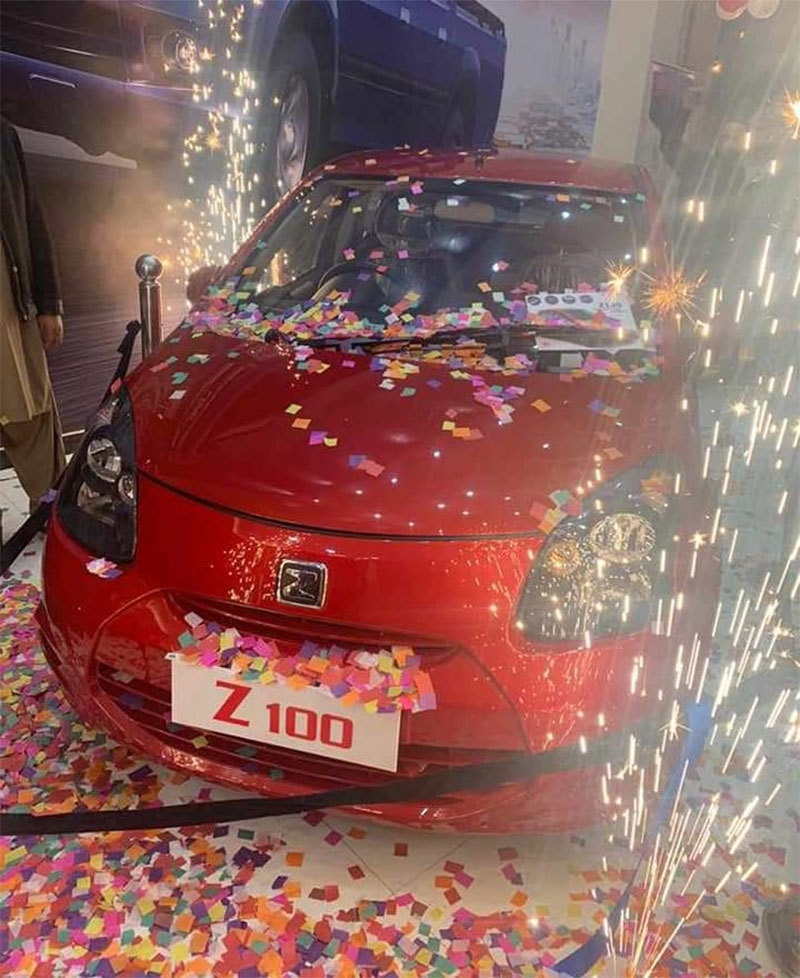 Photos courtesy of Top Sun Motors Facebook Page
The vehicle has 5-speed manuals, electric power steering, power windows, central locking and other features that will withstand the Suzuki Wagon R, Clots and Fave-To and the Picanto.

The vehicle has been priced at Rs 14 lakh 90 thousand and is reportedly open for reservation.

It is to be noted that the Federal Cabinet approved the NEVP on November 5, 2019, and the Government plans to activate it in January 2020.

Cold drinks are banned in all schools and madrassas

Related Posts
Which Gaming Headset Should You Buy? Buying Advice
TECNO Spark 4’s Upgraded Version Spark 5 Soon to Launch in Pakistan
Facebook has introduced a new tool that allows users to delete posts at once
Up to 3 and a half billion people Don't have internet access
Record reduction in toxic gas emissions as a result of coronavirus
LG Introduces 3 New Smartphones of K Series
Record decline in smartphone sales worldwide due to coronavirus
Redmi 9c - First in the Legacy of Made in Pakistan