HMD Global has introduced the new Android Go Edition Nokia C1 in Pakistan, which is also considered to be the cheapest phone of the company.

The 5.45-inch phone has a go edition of the Android 9 operating system.

The phone has a GB RAM and 16 GB storage which can be expanded up to 64 GB with a Comicro SD card.

According to the company, it is a smartphone that is easy to use and its battery can easily operate all day at one charge.

It has a 5-megapixel camera and LED flash on the front, which helps in taking much better images even at low light, thus saving the company cost of expensive processors and machine learning.

It has a single camera on the back which is 5 megapixel with LED flash. 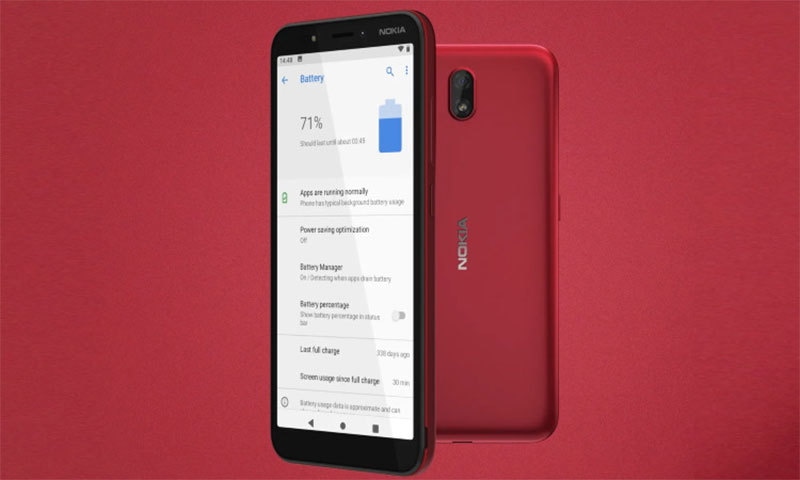 Nokia did not say anything about the processor company in the phone, but it is a quad-core 1.3 Hz processor (presumably from Media Tech).

This dual SIM phone does not have LTE connectivity option but is limited to 3G, while supporting Wi-Fi 4.

The 2500 mAh battery is priced at Rs 8,500 in Pakistan, which will be available to consumers in two colors from January 1