New Android Feature That Will Keep You From Looking Stupid

For Android phones, Google is launching a feature that will save you from looking dumb. You may have seen a couple of funny videos of people walking down the street while on their phone and colliding with a pole, or that may not have been the video because it happened to you.

As a result, Google tries to keep you from being the next viral sensation by preventing you from colliding with cars, motorcycles, or pedestrians. A new feature called heads-up is being launched on Android phones for this purpose. 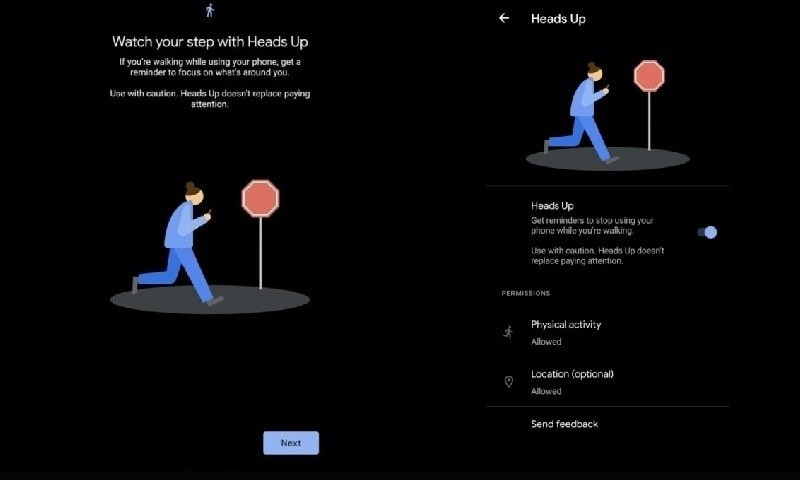 When you enable this feature, the phone will send you notifications to remind you to keep your head straight while using the phone while driving. This feature is currently only available on Google Pixel phones, but it will soon be available on other Android phones as well.

To use it, you must grant permission to your location information app at all times. Google's Digital WebBang software, which seeks to help people develop their identities and wellbeing, includes the latest feature. Google has previously launched a dashboard that provides comprehensive information on a user's use patterns.

Such as the number of times a smartphone was activated, the number of alerts sent, and the amount of time spent on applications. The whole watch time is also available on YouTube. The aim is to make it easier for the user to plan their app use.