NASA Discovered the Lunar Landing of the Chandrarian Space Mission

Nearly three months after NASA discovered the lunar landing of the Chandrarian space mission sent to India's moon.
According to a statement from NASA, "The picture (pictured above) can be seen of Vikram Lander's fall and debris field; green marks indicate debris (certified or probable) of space vehicles, ground with blue markings. The effect is to be identified, while the debris pointing to the Shanmuga submarine indicates'.
Chandran Tou's lander, named Vikram, went silent at the last minute before landing on the south pole of the moon on September 6 and has been on the hunt ever since.
The lander had to land between the two bases of the moon, and the last tracking data he sent before being silenced indicated that he had gone out of the way.
First images of the crash site were taken by NASA on September 17, and scientists could not locate Vikram Lander on the occasion.
According to NASA, however, after the images were made public on September 26, an engineer, Shanmuga Subzernium, downloaded them and discovered the destroyed space lander.
He later contacted NASA's LRO project to identify the debris, and the research team there confirmed it after comparing old and recent photos of the site. 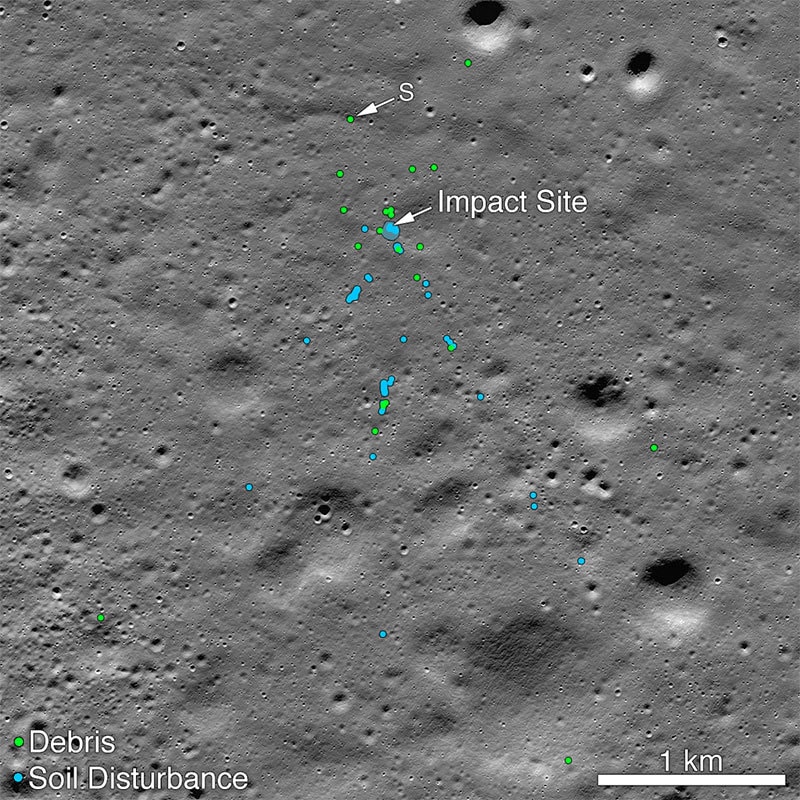 Photo courtesy of NASA
To further confirm this, the team took much better light images between October 14 and November 11 by NASA spacecraft LRO.

YouTube is Now Ready to Make Money From All Videos

Good news for Instagram users, now get dollars on videos

Samsung's Phone is Expected to be in 5 Different Versions