LG has introduced its new flagship smartphone V60Thin Q5G, which is a dual-screen capable phone.

The phone was previously scheduled to be introduced at the Scheduled Mobile World Congress in Barcelona ​​but was notified when the event was cancelled as a result of the new Coronavirus.

The LG V60 Than Qi FiveGi, as the name implies, has 5G support, while the headphone jack, 32-bit Hi-Fi Quad DAC and the company have been given their own 3D sound engine, which supports background noise. Instead focuses on the voice of the speaker. 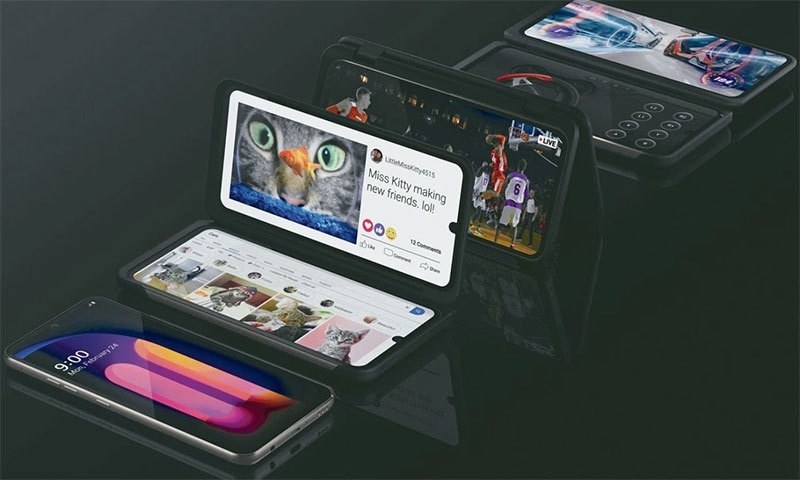 Photo courtesy of Tech Crunch
The phone is equipped with an Android 10 operating system with a fingerprint sensor on the screen.

Video cameras can be recorded from the back cameras, while the dust and water resistance are also present.

The company has not yet announced its pricing and availability date

Related Posts
TECNO to launch its first-ever Gimbal phone in Pakistan | TECNO CAMON 18
United States has developed a Coronavirus symptoms diagnostic device
Skype introduces its Meet Now feature to compete for zoom video call
The annual income of an 8-year-old child is over Rs 1.5 billion
you can now post multiple pictures in one screen at a time on Instagram
Huawei's new flagship phones will be introduced in March next year
The image that can crash any Android phone
Camon 19 Neo - A must-buy Smartphone with all that you need