Social networking site Twitter has introduced features such as Facebook-like emoji reactions to its direct message.

For this purpose, a heart plus button has been added to the chat window in Direct Messages, which, when clicked, opens a menu of 7 emoji reactions in a popup window.

Emmy reactions can be added to text or media messages.

These emojis include Rent, Love, Surprise, Seed, Heart, Flame, Thumb Up and Thumb Down. 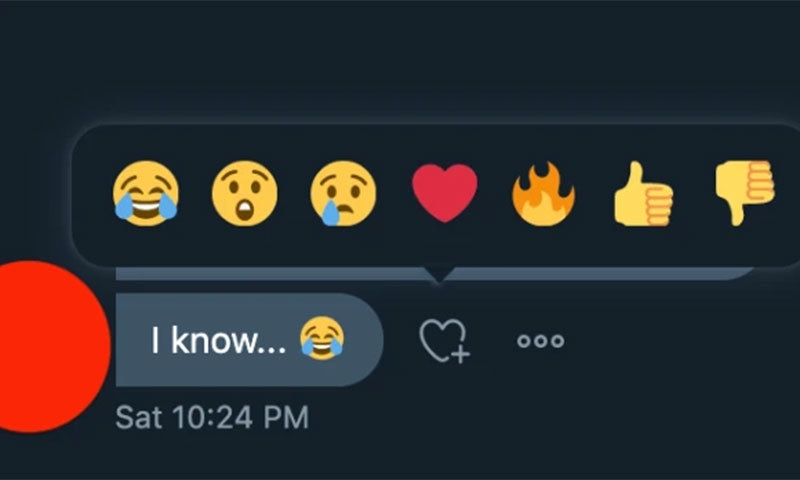 Photo courtesy of Tech Crunch
So now Twitter users will be able to use Twitter Heart instead of the assimilation fee.

As far as Fire Flame emoji is concerned, it can be considered unique as it is not in Facebook Reactions.

Twitter introduced this feature quite late, though emoji reactions have been around for a long time, including Apple's iMessage and Facebook Messenger.

To add a reaction, click the ❤️➕ icon that appears when you hover over the message on web or double tap the message on mobile and select an emoji from the pop-up.

This feature is set to launch on the desktop, Android and iOS versions starting Thursday and will be available to all users over the next few days.

Mark Zuckerberg wants to clear people's misconceptions about themselves