Huawei's P40 series 2 phones were to be launched in Paris on March 26, but now the event has been canceled and these devices will be offered online.

The P40 and P40 Pro phones will not have the same Google apps and services as the Mate 30 series, and the Android operating system will also be open-source, with the option of downloading apps from the Google Play Store instead of the Huawei app gallery.

Huawei is building a global developer service alliance with Xiaomi, Oppo, and Vivo against Google's supremacy in all apps, which is likely to be launched in March.

It is difficult to say to what extent the absence of Google services will affect the sale of this phone, but it appears that the Chinese company is using cameras to attract consumers.

Concerning smartphone leaks, Twitter user Evan Blais posted pictures of the P40 Pro, which has 5 cameras in the quadruple module on the back of this device. 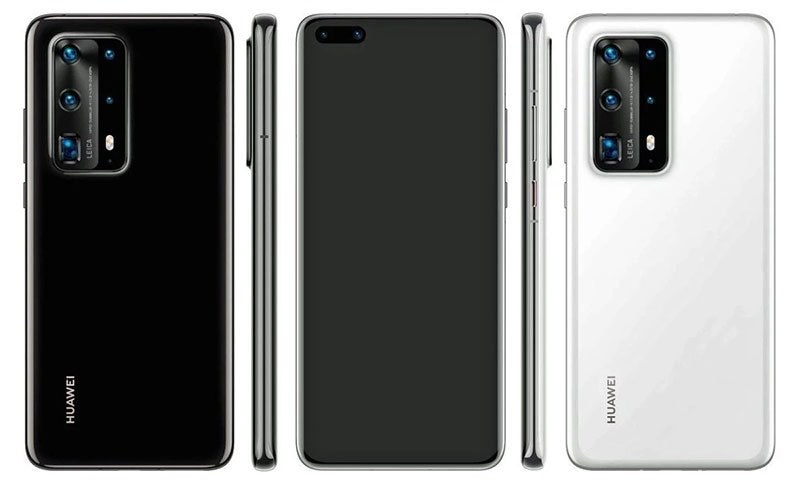 Photo courtesy of Avon Blais Twitter account
According to Apple's leaked Ming Chi-Qi, the Huawei P40 Pro's camera system will feature a Camera 1X optical zoom and is being introduced to a phone for the first time in the world.

The Mate 30 Pro was given 50X digital zoom and 5X optical zoom.

Apparently, the 52-megapixel camera resolution looks a lot lower than Samsung's Galaxy S20 Ultra's 108-megapixel, but according to Lexus, the new sensor has the potential to perform better at larger pixels and lower light.

The back of this phone will have 5 cameras while the front will have 2 cameras and will be the first phone in the world with a total of 7 cameras.

The teaser of this phone from the company also points to 5 back cameras.

This phone will have Kirin 990 processor, 5G support and other features

Do you know about the Delete for Every One feature in the WhatsApp?

How to Download and Install Showbox APK for Android?