This phone is similar to the Nova 6SS of the company named Nova 7i in Malaysia.

The P40 Lite has been introduced in Spain, the midrange phone for the series, with a Kirin 810 processor, 6GB RAM and 128GB storage.

The 6.4-inch LCD display has full HD Plus resolution, while the open-source Android 10 operating system combines with its EMUI 10 but Google services are not available.

On the back of this phone is a set up of 4 cameras with a 48-megapixel main camera.

Apart from this, there are 8-megapixel ultra-wide camera, macro camera and other depth sensors, while the front has a 16-megapixel camera in punch-hole design. 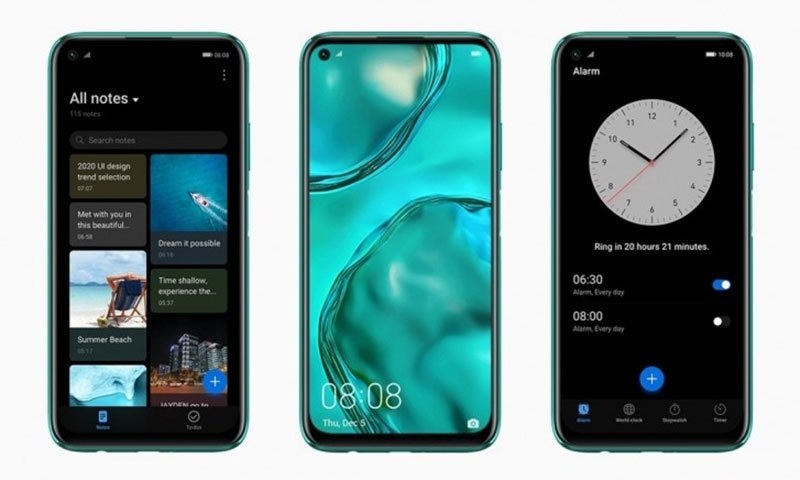 Photo courtesy of Huawei
The phone has a 4200mAh battery with 40 watts fast charging support while the headphone jack is present, with the fingerprint scanner power button.

The phone is priced at 299 euros (over 50,000 Pakistani rupees) which will be available to consumers in early March.

It is important to note that the P40 series flagship phones will be introduced during a ceremony in Paris in late March.

Related Posts
Google has introduced a feature called Snippets to Find the desired results in Google search much easier
Mobilink Microfinance Bank reports solid financial performance in the first quarter of 2021
The technological revolution is coming; we would have to be ready for this
Tecno Pova Neo Now Available in Pakistan
When a person made Google Maps 'stupid' with a few smartphones
Apple temporarily succeeded in becoming the world's number one smartphone company
Record reduction in toxic gas emissions as a result of coronavirus
RCS will Replace the SMS in Android