Huawei's new smartphone Nova 7i has been introduced in Pakistan and now you can buy it in pre-order.

The phone has a 6.4-inch full view display with no bezel, while the fingerprint reader is on the side of the phone.

In addition, the company has its own high silicon Karen 810 processor and the company claims that gaming or excessive social media use does not affect the performance of any device.

The phone comes with 8 GB of RAM and 128 GB of storage, while the company has combined the Android 10 operating system with its EMUI 10.

However, the phone does not have Google services and Play Store, but the Huawei App Gallery, which was introduced by the company after being deprived of Google services due to US restrictions.

The company says that it will have most of the apps of its choice available to the users. 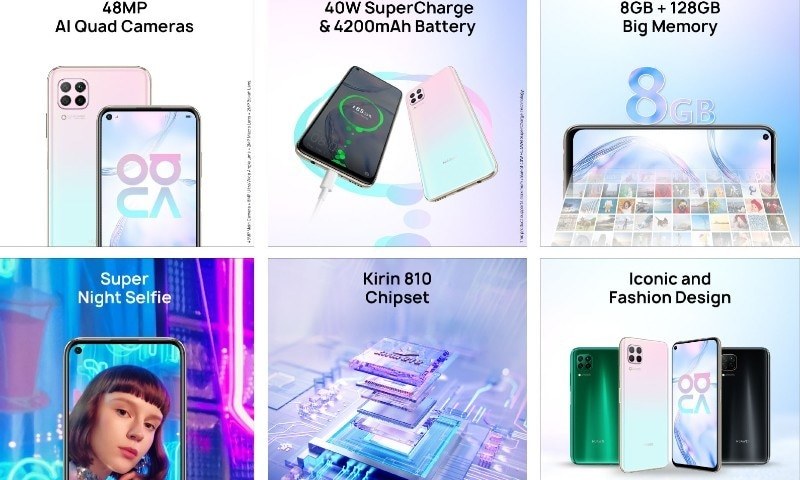 In addition, the 4200 mAh battery is provided with 40-watt fast charging support and the company claims that the battery can be charged up to 70% in 30 minutes.

Also on the front is a 16-megapixel camera with a punch-hole design.

Upon pre-ordering the phone in Pakistan, the Huawei Band 4 will be a gift to consumers, which the company says is worth Rs 8,000.