A group of hackers called "Anonymous" has re-emerged after violent protests erupted in dozens of cities across the United States.

There was a time when this group was in the headlines and its cyber-attacks targeted those whom it held responsible for committing 'injustices'. However, after years of silence, protests following the death of George Floyd have now come to light, and the group says it will expose "many crimes" committed by Minneapolis police.

However, it is difficult to prove what this group did or did. 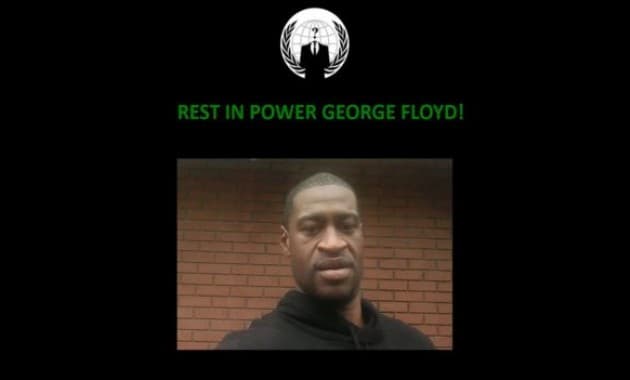 The Anonymous Group has no central figure or leadership. They say they are a 'legion'. Anyone without a central command can claim to be part of a group.

This also means that the priorities of the group members can be quite different and the organization does not have a single agenda.

But in general, it can be said that they are a group of hackers who take action against those who 'abuse their power'. To do this, they hack websites and take some off the Internet. His symbol is the Guy Fox Mask, best known for Alan Moore's novel V for Vendetta, in which a revolutionary wears a corrupt fascist government.

What has the anonymous group done in the past?

Anonymous has been blamed for a number of cyber-attacks in connection with the death of George Floyd. Earlier, the Minneapolis Police website was temporarily disabled.

It is suspected that the DDOS attack was used. The attack is relatively uncomplicated and the attack sends so much information to any website that it cannot handle the data and stops working just like if many people start buying the same thing from a website. So she stops working.

In addition, a list of e-mail addresses and passwords attached to the police department is circulating, which is said to have been leaked by the same organization. But there is no evidence that police computers have been hacked.

A page on the website of a UN agency commemorated George Floyd and marked the group.

There are also unconfirmed reports on Twitter that songs are being played on police radios and their communication system is being affected. However, experts say that instead of being hacked by the group, it is more likely that the protesters have acquired some radios and are blocking communications through them.

Has Group Anonymous done the same thing in the past?

The group's first major operation was against the Church of Scientology in 2008, in which they deactivated the church's website, made prank calls, and sent blank faxes to disrupt communications.

Since then, he has supported the global financial crisis, the Arab Spring, the Occupy Wall Street. They also targeted Sony when it launched its crackdown on PlayStation Creek. They have supported many such movements and has staged anti-establishment rallies around the world. However, they have stayed away from the mainstream media for many years.

De Villiers withdraws from next edition of Pakistan Super League

Stop worrying about others, enjoy life instead of competing: Sanam Saeed

Related Posts
Facebook's redesigned website is now available to all users, How to switch to a new design?
A new change to TikTok for under 16 users
Computers around the world lose the 'Windows 7' update
Psl 7 Matches Begin in Lahore; Predict & Win Free Tickets With Tecno
realme launches 64MP Ultra-Nightscape camera phone, realme 7i in Pakistan along with a designer toy ‘realmeow’
Apple temporarily succeeded in becoming the world's number one smartphone company
Twitter has removed Donald Trump's video in tribute to George Floyd
realme 8 Series with a Spectacular 108MP Ultra Quad Camera | realme 8 Pro