Knowing that you are suffering from a serious illness from a smartphone notification seems like a science fiction idea, but to some extent, it is going to prove to be true.

In fact, Google and Apple's operating systems are set to do so in a few days, and both companies have now announced that
How the new novel Coronavirus tracking tool will work and how people will know they are at risk.

On May 4, Apple and Google released new details about the Bluetooth system in Android and iOS devices that will help track Covid-19.

Both the companies clarified that this tool can be used in any country with the help of government agencies and its use at the national level will be given priority.

However, he said that although they would work closely with the state and provincial administrations and give them access to the tool's application programming interface, they would not be allowed to collect location data.
And this person's approval will be obtained before any information about a user's closeness to others is obtained.

Similarly, permission will be sought before uploading any information obtained from the phones of people affected by Covid 19.

The two companies have also published screenshots of the user interface for the first time and the tool is being introduced for general use in the middle of this month.

Announcing the introduction of the tool last month, the companies said the new Blue Tooth protocol is being called contact tracing.
Which will alert users via smartphone that they have come in contact with an infected person?

According to a white paper released by Apple on this occasion, users will not need a location for this technology.

The document states that the on-board radios in the device will transmit an anonymous ID over a short-range, and the servers will match the user's last 14 days' IDs to other devices, depending on how long the two devices have. Stay and how close it will be, as things will be looked at.

If it is discovered that another person in contact with the user has been infected with the virus, he or she will be notified of the notification, so that he or she can follow steps such as testing and quarantine.

The two companies started work on the project two weeks ago and it will work in two phases.

In the first phase, the API will be released in mid-May, which will work with iOS and Android apps.

The companies say that this API is easy to use and connect to the apps and with the help of this, the apps will be able to do the contact tracing at the will of the users.

This phase will begin in the next few months.

For this purpose, the companies will make the tool part of a government app in a country to track the spread of the virus and infected people will be able to confirm their illness on the app's server so that people in contact with it Be aware

Now the two companies have released highlights of parts of the process and say that at the moment these images have been released for reference only because the apps are being developed by government medical institutions, not Apple and Google. 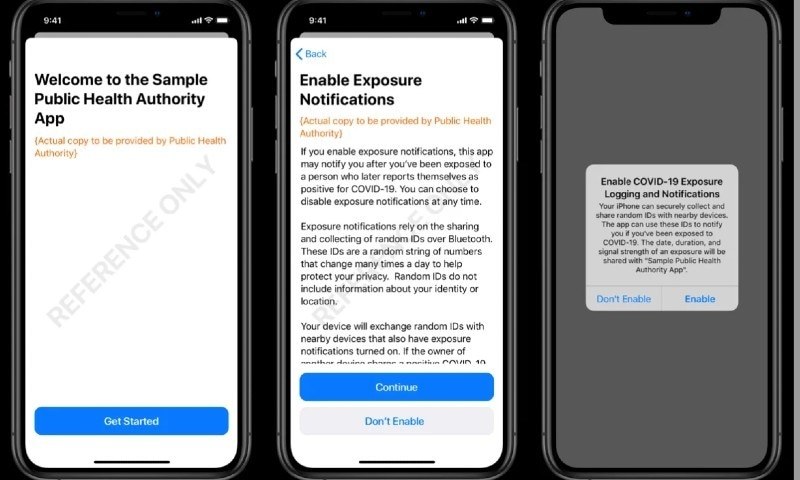 But they also know how to get approval for recording and transmitting users' Bluetooth codes in apps.

A screenshot shows how the apps will work when a user is diagnosed with Covid 19, which requires users to enter a unique code from a medical administrator or from a Covid 19 testing lab. In fact, it is possible that the affected person will know the result of the test from the notification. 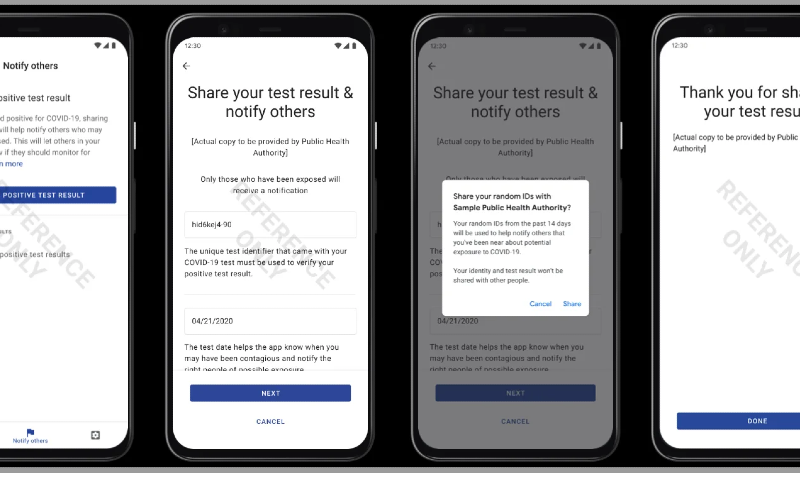 Another screenshot shows how a notification will go to people in contact with the affected person. 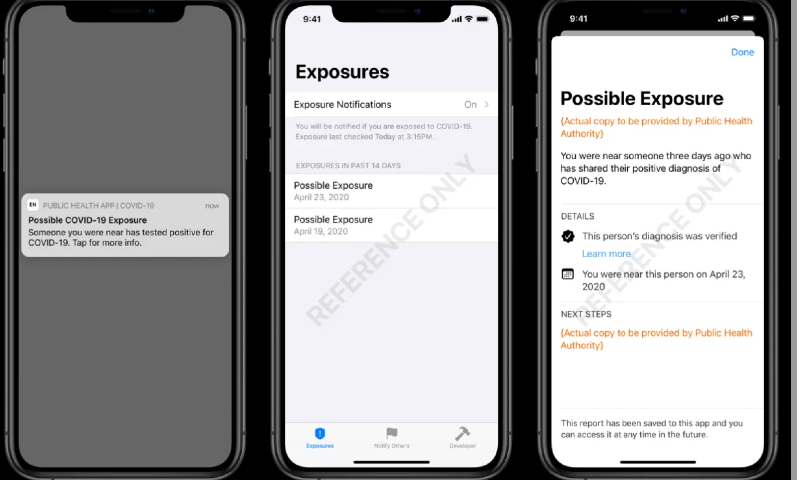 What is vehicle tracking?