Facebook's redesigned website is now available to all users, How to switch to a new design?

Facebook, the most popular social networking site, has introduced a redesigned website or desktop version with a dark mode.

The new design was first unveiled by the company at its annual F8 Developers Conference last year.

The design was also tested on a limited number of users earlier this year.

Now, this new desktop version has been introduced to users around the world on Friday, and if you don't see it will be available in the next few days.

The new design is very similar to the mobile app, and the company says it will make it easier to find features like videos, games, and groups.

Like the Facebook mobile app, the desktop website will now load faster than ever before, while the new design also makes it easier to create events, pages, groups, and ads.

But the most important thing is the feature of dark mood which will help to reduce eye fatigue while it has also been declared suitable for reading text. 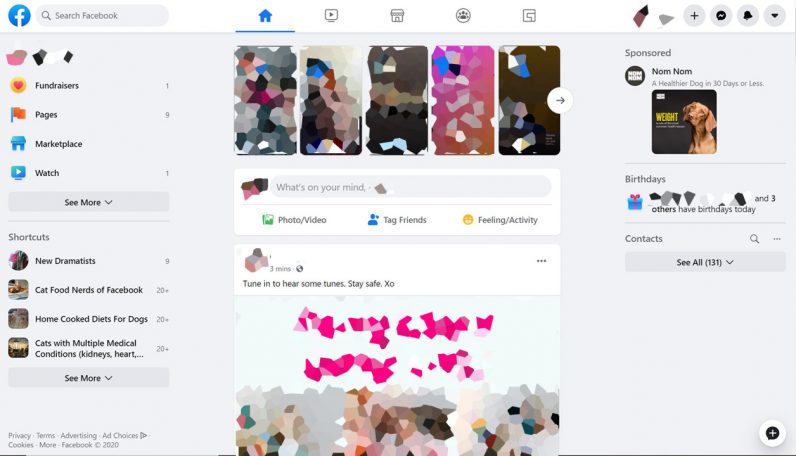 Earlier, WhatsApp had introduced Dark Mode in March. This mode is also present on Facebook Messenger.

How to switch to a new design?

See below there will be the option to switch to New Facebook (if it has reached you).

Clicking on it will switch your newsfeed to a new design.

After switching to the new design, the dark mode can be activated by clicking on the same down arrow.

Why does Mark Zuckerberg consider Tik Tok a real threat?

Twitter has Announced Banning Political Advertising in its Service