If you've recently received a mysterious notification on your Samsung Galaxy Phone (any model), you're not alone.

In fact, users of Galaxy phones around the world received a notification via Find My Mobile which wrote '1' and another 1 below it. 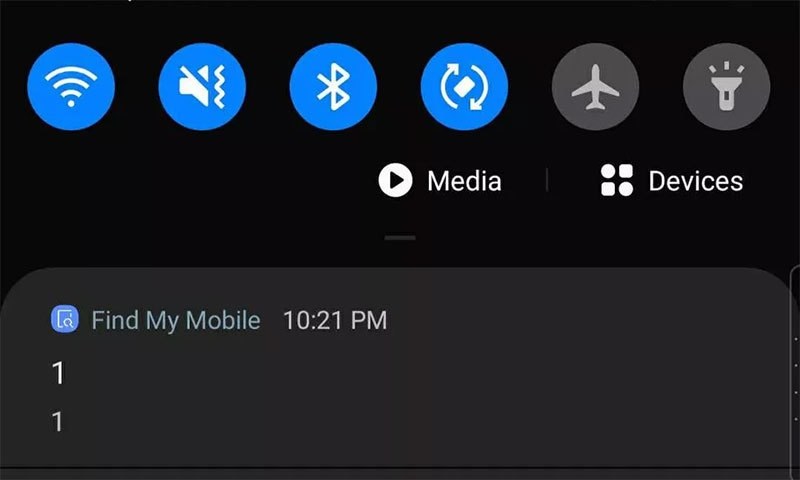 Photo courtesy of The Verge
Samsung's mobile-enabled mobile service lets users search or lock their devices if they forget.

Backup data from this service can be stored, synchronized, local data deletion and other functions in Samsung Cloud and therefore this strange notification bothers users.

A number of tweets came out in this regard, which prompted questions about this notification.

Well, this is not the first time a company has sent such a strange notification, last year OnePlus users also experienced this, which was later found to be the result of a failed software update experience.

Recently, a notification about “Find My Mobile 1” occurred on a limited number of Galaxy devices. This was sent unintentionally during an internal test and there is no effect on your device. We apologize for any inconvenience this may have caused our customers. ^LF

According to the tweet, 'it was passed on to consumers as a result of an internal test, but it would not have any effect on the devices'.

Painful filing of the teeth will be possible with a gel

Related Posts
Sony introduced a car for the first time
US Reservations on Tik Tok
Is UWatchFree Legal Site to Watch Free Movies Online? The Best Free Movie Streaming Site
OCR Technology - An Efficient Method to Convert Jpg to Word Online
What will Samsung's new flagship phone Galaxy Note 20 look like?
What Should I Do After CCIE Security Certification?
Xiaomi Pakistan sweet bundle deals and discounts
Due to Corona virus production of companies reduce, beneficial for Samsung?