41-year-old Christina Koch, a record-breaking astronaut, returned to Earth after 328 days in a row.

She is the first astronaut female to have spent nearly a year in space and has the honour of performing many important tasks in space.

Christina Koch became the first female astronaut on December 28, 2019, to spend 289 days in space, before she had the record for the longest stay in space, with American woman Peggy Watson who had been 288 days.

Christina Koch also received the honour that she, along with fellow lady astronaut Jessica Mir, received the new honour by repairing the World Space Station in October 2019. She was the first woman to perform the feat. 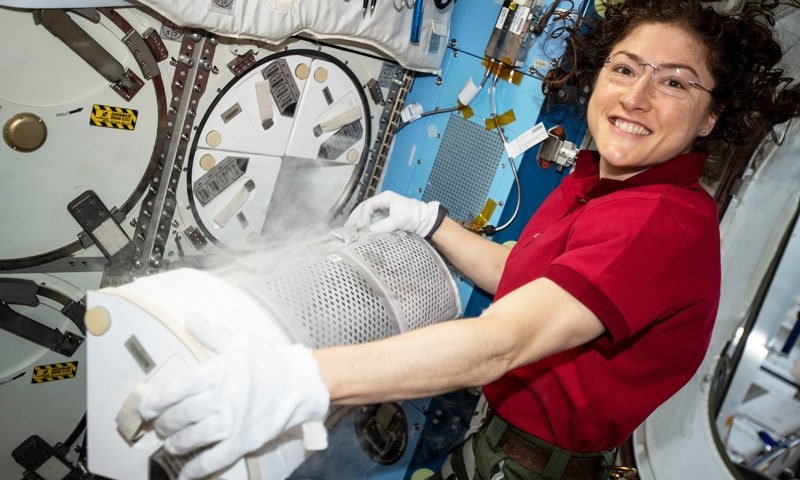 Christina Koch set the first female record of being in space for the first time in December 2019 - Photo: NASA
Both astronauts replaced the 2 batteries in the power control system installed outside the World Space Station and did not have to go inside the space station to complete their mission.

Even though women had gone astray for other repairs, including batteries at the World Space Station, women had been left with a male astronaut in the past.

Christina Koch, likewise, has the honour of helping her prepare food for the first time in space.

Christina Koch prepared 5 types of different dishes at a space station on Christmas Eve in December 2019, which were sent to Earth on January 7 last month. 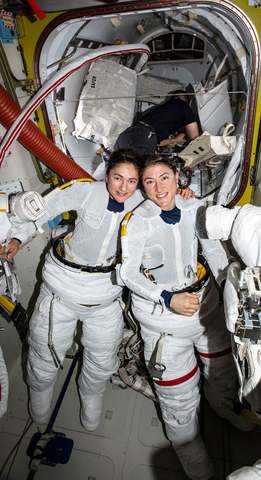 First-time astronauts Christina Koch and Jessica Mir repaired the space station in October 2019 - Photo: NASA Twitter
NASA had confirmed that 3 of the 5 missiles developed at the World Space Station reached the ground on January 7 via a rocket from the Space X, a private space equipment company.

The 41-year-old astronaut Christina Koch, who has accomplished many feats in nearly a year of her stay in space, returned to Earth on February 6, 2020, after living in space for 328 days.

According to news agency AFP, Christina Koch returned to Earth with an astronaut companion of the European Space Agency and landed on Kazakhstan.

Experts have discovered the major cause of the coronavirus outbreak