Is there life outside the world and can aliens be found? These are the key questions to which the world's largest radio telescope in China will begin work in September.

Construction of the world's largest radio telescope was completed in 2016, but it officially began work on general scientific matters in January.

For this purpose, upgrades are being made in the telescope which will reduce the possibility of interference while assisting in the search.

The telescope was built south of Guangzhou province at a cost of $180 million and took five years, with a diameter of 500 meters, surpassing the former world's largest telescope in Puerto Rico.

As mentioned above, its diameter is 500 meters, but so far only 300 meters diameter work has been done. 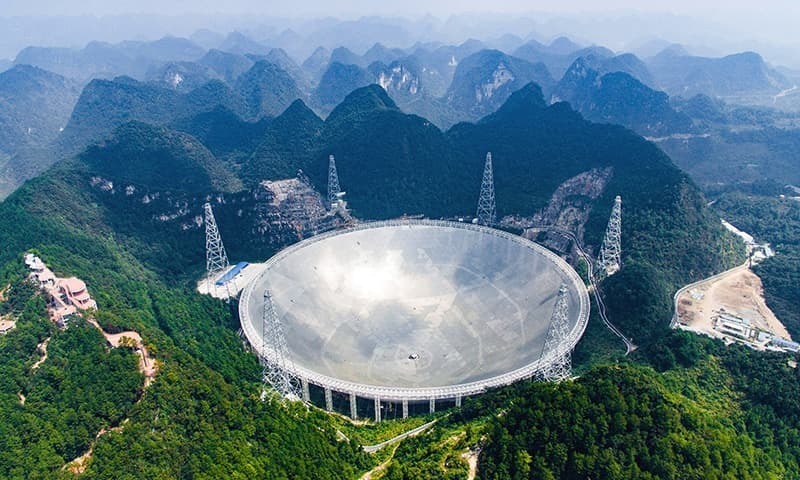 Chinese scientists say the search for space creatures will not affect normal scientific missions, but no significant progress is likely in the near future.

Scientists say that although some interesting space signals have been observed, they think they were sent by an intelligent creature.

"The real purpose of this telescope is to discover the laws of the formation of the universe," said Kian Lee, an associate researcher at the Chinese Academy of Sciences, at the telescope's introductory ceremony in 2016.

Related Posts
Learn how to use Google's free video conferencing service Google Meet
Does fast charging cause damage to the battery?
Bill Gates Steps Down from Microsoft's board of directors
The first image of the new budget phone from the Google Pixel Series has leaked
Huawei may have access to Google services again
TECNO mobile extend warranties on Smartphones amid coronavirus lockdown
Shocking revelation about WhatsApp groups
Donations announced by Facebook, TikTok, Apple and Amazon to prevent from coronavirus