Apple, the world's largest American multinational manufacturer of smart mobile and computer devices, temporarily closed all its stores in China.

According to news agency 'Associated Press' (AP), Apple confirmed in a statement issued on February 1 that the company would close its stores in China.

The statement confirmed that shops have been temporarily closed, taking precautions to prevent the spread of the Coronavirus across China.

The company said that although the virus was not confirmed in their employees, the aforementioned virus was spreading rapidly, so the chain stores were closed due to precautionary measures.

A company spokeswoman said all Apple stores will remain closed until February 9. 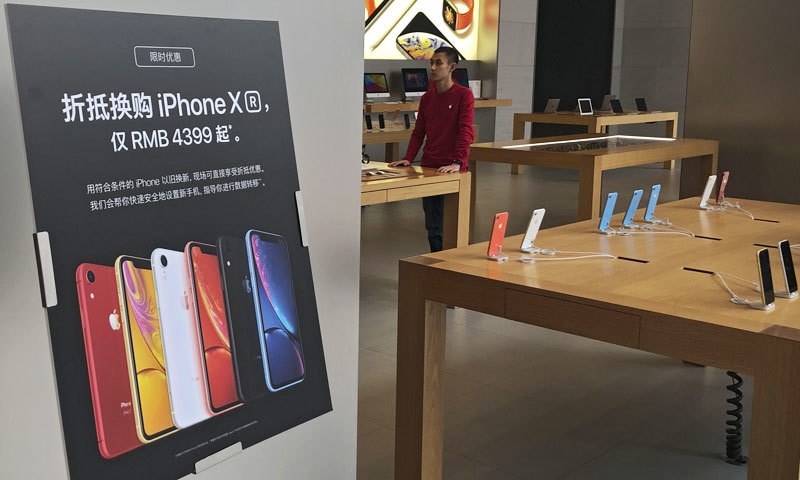 Apple has 42 shops in China - Photo: AP
The report said that Apple has 42 major shops across China, while the company also has contact centres there.

China has the largest number of Apple stores in the US and Europe, and China is a huge market for American companies.

After Apple closed its stores in the wake of the Coronavirus, it is now thought that other multinational mobile companies there will also temporarily close their stores.

Prior to Apple, the Chinese government has also closed several public and commercial places to the public, while transport has been suspended in several cities.

Many countries in the world, including Pakistan, have issued guidelines to their citizens about travelling to China and have suggested not to visit them temporarily.

The Coronavirus, which originated from China, has so far been confirmed in more than 14,000 people worldwide, out of which 14,400 are from China.

There have been 315 deaths so far from the Coronavirus, one in the Philippines and the rest in China.

Lawyers are now Facing the Wrath of Citizens