Yumna Zaidi came into this world on 30th July 1989 in Lahore, Pakistan but currently, she is settled in Dubai and comes to Karachi only for her work. She is the daughter of father Zameendar Zaidi and mother Shabana Naheed Zaidi. She has 2 elder sisters who are married and 1 younger brother. After completing her early education she did her bachelor's in Home Economics from the Lahore College of Home Economics and then went on to fulfill her dream of becoming an actress since childhood. Yumna has done a master's in interior design and has some experience in radio jockey as well as hosting.

What is meant to happen always finds a way, Yumna never planned to pursue a career in acting, however, through the request of her friend Affan Waheed, she initiated her career acting just for fun by playing a supporting role in the ARY Digital’s 2012 domestic drama Thakan. Later after a little recognition, she achieved her first leading role in the melodrama Khushi Ek Roag. She then appeared in Urdu 1’s Teri Raah Main Rul Gai opposite Samiya Mumtaz and Sami Khan where she played the character of Maryam. 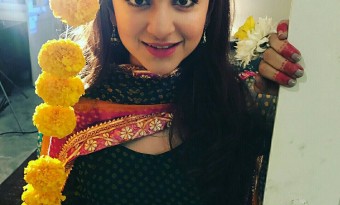 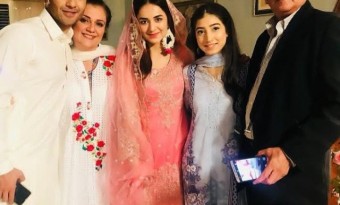 Related Posts
The women have reached the court to hold the Last episode of 'Mere Pas Tum Ho'
"I Will Come Solo in the Next Drama So That I Will Also Married" Usman Mukhtar
On the Death Anniversary of Edhi Sahab, Let us remember his effor
Saudi women make history by playing cards with male for the first time
Can you identify the popular personality behind this face?
Pakistani First Web Series 'Churails' Has Been Released
How did singer Adele lose so much weight in a few months?
Bakhtawar Bhutto Shared a Short Video of the Song Filmed on Her Engagement