Emerging actress Iqra Aziz and rising actor Yasir Hussain surprised everyone by attending the Lux Style Awards ceremony in Karachi this July.
At the awards ceremony, Yasir Hussain uniquely offered to engage Iqra Aziz, whom the actress acknowledged and dubbed her happiness.
After accepting the offer of marriage, Yasir Hussain had put Iqra Aziz in front of everyone and kissed him on the cheek, which also had a very strong reaction from the people.
It was only after getting engaged that news of the couple's relationship, their love, and their marriage began, and they both revealed in an interview with Dawn in the past that they would soon be tied to the marriage bond.
In an interview with Dawn in July 2019, the two spoke about their relationship and love, including their marriage and acting in the future.
On the question asked about marriage, Iqra Aziz said, "The two of them will be married soon, but we want to get married in a simple way that will be in our homes, we do not want to make it luxurious, just in our wedding day." I want to be free from the thought that people are watching an actress Iqra Aziz. '
On the question of marriage Yasir Hussain had said, "If I invite senior artists to the wedding, I cannot sit on the bride's side and ignore them. It would be disrespectful, my family would attend my wedding and On this day I just want them to attend, then we will hold an event for the friends of the industry. '
"Why do we spend so much on a wedding, I want to set the example on our marriage that we do not want luxurious and expensive weddings, but marriage with close friends and family is enough," he added.
And now the news has come out that these days both are busy with wedding preparations and soon they will be tied to the wedding.
According to a report from the showbiz website 'Pakistani Cinema', sources close to the two actors have claimed that the two will get married by the end of this month.
Sources in the report claimed that Yasir Hussain And Iqra Aziz will be tied to the marriage bond between December 25 and 28 this month.
Sources said that the marriage of Yasser Hussain and Iqra Aziz will be held in Karachi in the capital of Sindh, and the wedding ceremony will start on December 25 which will continue till December 28.
The report did not mention the family members of the two actors or their close friends, however, it was reported that the two would be united before the start of the new year.
Still, when news of the wedding began before the new year began, Iqra Aziz and Yassir Hussain did not respond. 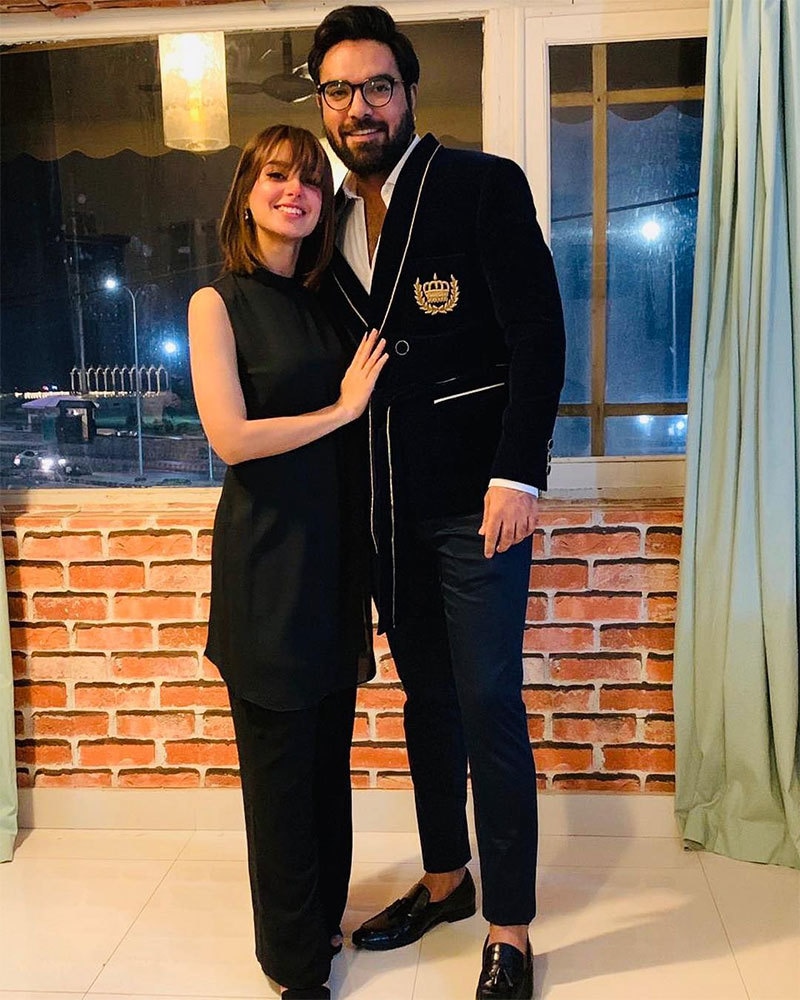 Related Posts
Never seen the worst time than this : Anwar Maqsood
Actress Rekha Refuses to Take the Test of Her Bodyguard Despite Being Positive
Actor Vasay Chaudhry also fell victim to the coronavirus
Sarfraz dhoka dy gya, "A List of 50 Wishes for the Life of Suicidal Sushant Singh Rajput
It is because of Pakistani people that dramas like 'Ertugrul' are not made in the Pakistani industry; Muneeb Butt
Mahira Khan told that, when will she get Second married
Mahira Khan's shocking response to a female
Gohar Rasheed's entry in 'London Nahi Jaun Ga'